Dr. Joanne Tortorici Luna ("Dr. T.") is a Professor in the Advanced Studies in Education and Counseling Department and also is an interdisciplinary faculty member for the M.S. program in Emergency Services Administration in the College of Health and Human Services.  She is known nationally and internationally for her work with individuals, families, and communities in situations of armed conflict. She is a clinically practicing licensed psychologist, a first and second responder for disaster mental health, trainer, educator, and researcher. Her teaching and psychotherapeutic approaches are integrative and relationship-focused.

As a psychotherapist, her orientation is integrative, experiential, and guided by the unique body-mind needs and circumstances of the client. She is trained in Eye Movement Desensitization and Reprocessing (EMDR) therapy, and frequently uses this evidance-supported modality, in her practice psychotherapy. Her clinical specialization areas include trauma recovery and post-traumatic growth, first-responder support, balance after war experiences, and navigation of spiritual emergence/emergency. She also serves as staff psychologist at MACH1 (Move a Child Higher) and MACH2 (Military and Companion Horses). Her work in these horse-partnered therapy programs is informed by current trauma-related brain research, human and horse psychology, and sound psychotherapeutic practices.

Dr. Tortorici Luna has a long time interest in the body-mind-spirit approach to self-healing and wellbeing. She is a student of the martial art Taijiquan.

She enjoys the study of  complementary and alternative health practices, and is a Master Reiki Practitioner / Teacher (Usui Shiki Ryoho). She provides no-cost energy healing in a local spiritual setting.

She frequently serves as a consultant and trainer regarding school crisis.  Soon after the September 11 terrorist attacks, the Archdiocese of New York and the New York Chancellor asked her assistance for impacted school personnel. She provided related services for New York schools then, and for several subsequent years.

In Nicaragua, she has worked as a Counseling Psychologist, University Professor (Universidad Centroamericana, Managua), and Coordinator of Mental Health Services for a large region of the country. She was National Director of a mental health program for Nicaraguan child survivors of the war.

As a United Nations consultant, she has worked as a mental health practitioner,  trainer, evaluator, and program developer in the war/conflict zones of the Central American countries as well as in South Africa. As a UNICEF advisor, she led the development and implementation of Nicaragua's first Peace Education Program, and the creation of South Africa's first UNICEF Country Programme for Emergency and Long-term Humanitarian Assistance. She was an international advisor to South Africa's Goldstone Commission for the Prevention of Political and Public Violence. Her areas of specialty include crisis response, mental health and human rights concerns in situations of armed conflict and widespread disaster.

She has worked for the Long Beach Unified School District as a school counselor, and as Violence Prevention Coordinator. She helped lead the formation, training, and management of LBUSD's multiagency School Crisis Response Team, as well as the CSULB Volunteer Crisis Resource Team.

Dr. Tortorici Luna is a member of the National Trauma Network and EMDR Humanitarian Assistance Programs. She is a Trainer/Member of the Culver City Fire Department's Community Emergency Response Team,  and an American Red Cross Disaster Mental Health volunteer. She is a Founding Member/Trainer of the City of Long Beach's Hate Crime Response Team,

As recognition of her community involvement, she has been awarded the 2004 CSULB Faculty Achievement Award for Community Service, and the (U.S.) President's Volunteer Service Award each year since 2005. She was named 2006 Volunteer of the Year for the Professional Association of Therapeutic Horsemanship, International's (formerly NARHA) Region 11, encompassing California, Nevada, and Hawaii.

Dr. Tortorici Luna is proud to have been one of New York City's first women cab drivers.

Horses as mental health therapy partners: On love, lies, and a fair shake. Presented at the 8th Annual Gathering on Best Practices in Equine-Assisted Learning and Equine-Assisted Mental Health, in Mayer, AZ, 2011, May (juried). 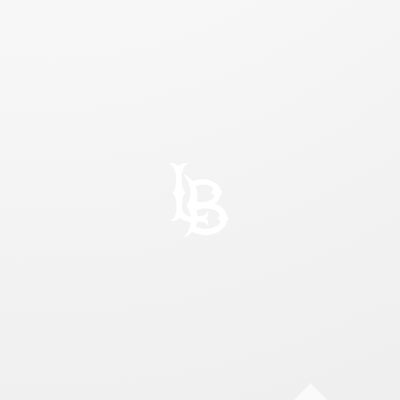