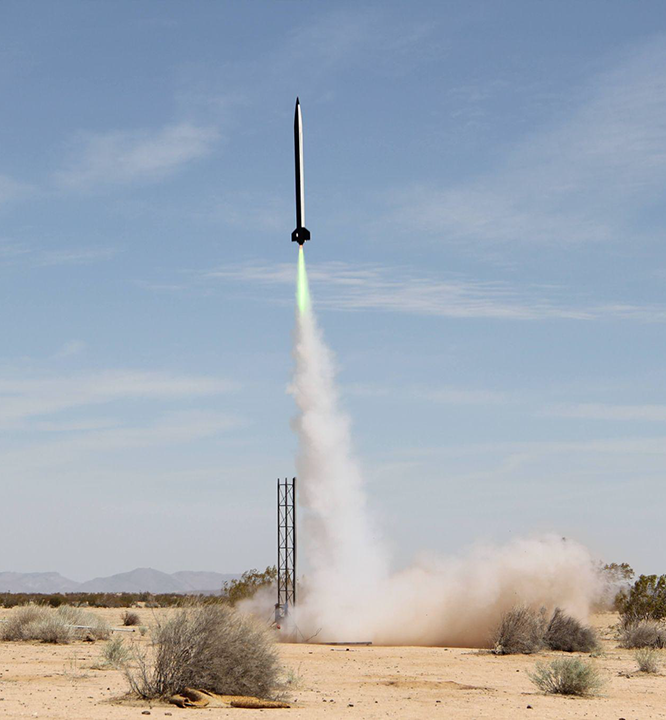 The 34-member student team, led by advisor Dr. Praveen Shankar, battled record low funding and a host of Covid restrictions that made it difficult to meet in person to collaborate and manufacture and assemble the rocket parts.

“It has been completely surreal to place first in Project Review and Best-Looking Rocket,” said Co-Team Lead Corey Fraga, a mechanical engineering major who was also on last year’s team.

The biggest challenge was transitioning a hands-on experience to a virtual setting. Normally, team members have a designated lab on campus where they can discuss rocketry and access manufacturing facilities and equipment. With CSULB’s approval, the team secured the STARBASE Department of Defense facility at the Joint Forces Training Base in Los Alamitos as a replacement.

“This competition year would not have happened without the help of STARBASE,” said Co-Team Lead Jacob Wiedner, who thanked STARBASE Director Stacey Hendrickson for her support. “Without a laboratory to operate out of, a lot of team members had to scramble and find alternatives to manufacturing methods, tools, and materials. What used to be the responsibility of whole subsystems, were pushed onto one or two individuals with a deadline that was much stricter than previous years.” 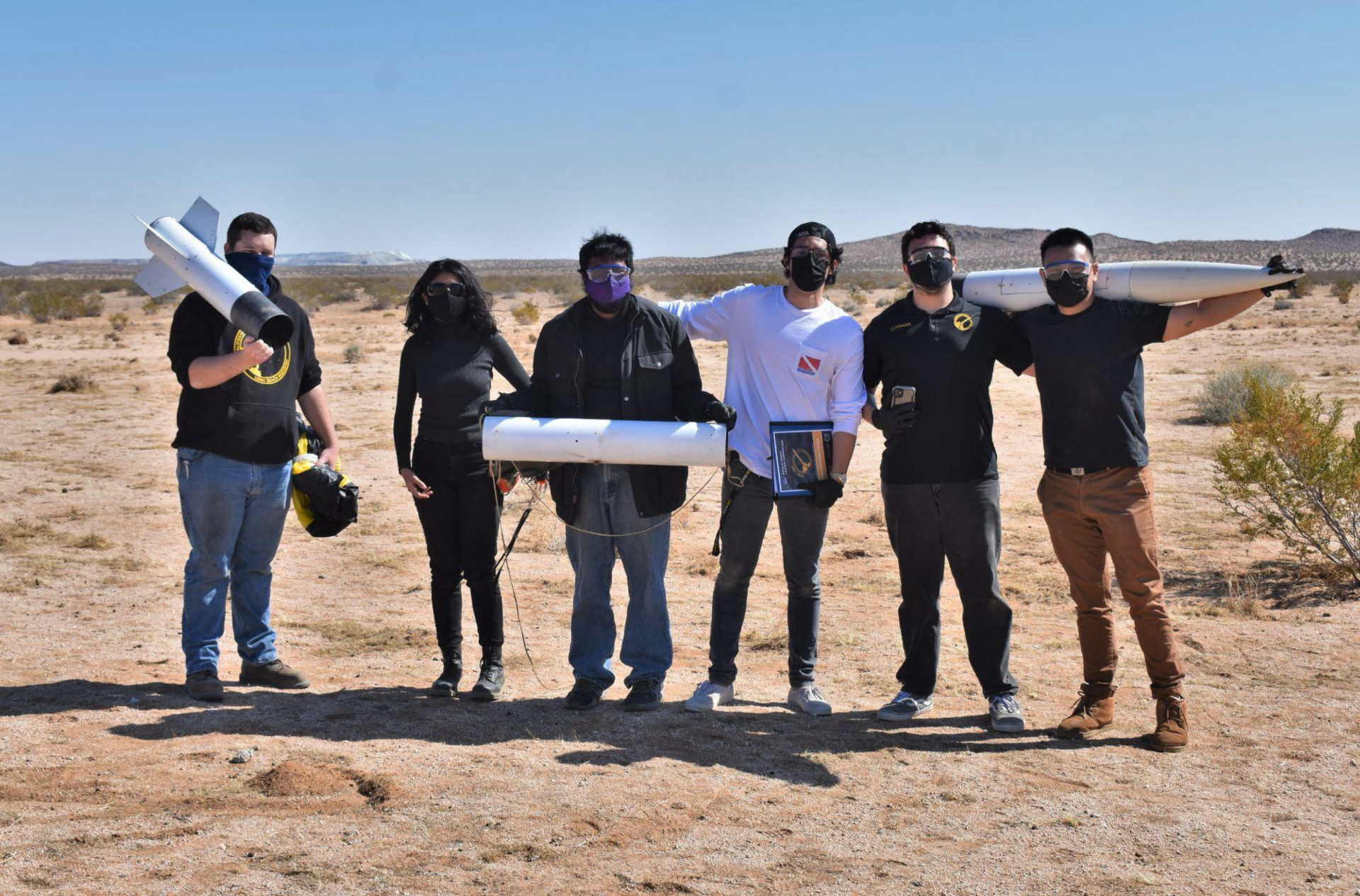 The team named this year’s rocket Endeavor, in honor of the space shuttle, and because the word resonated with what the team had to endure. “It took a lot of dedication and grit from every member to make all of this possible and we are honored to have been leads for this year’s competition,” said Fraga.

The 46 teams whose proposals were selected for the competition participated in a series of design reviews that mirrored the NASA engineering design lifecycle. Before their full-scale and payload demonstration flights in March at the Mojave Desert Advanced Rocket Society (MDARS) site in Mojave, the team completed a sub-scale flight in December. Teams also had to analyze payload and flight data during a post-launch review.

This year, the payload mission was a lander that deployed from the rocket during descent. The lander was required to land upright or contain a system to upright itself, take a 360-degree panoramic image of the location, and transmit the image back to the team.

The co-leads said one of the best things about Long Beach Rocketry is new members can join, knowing nothing about rocketry or manufacturing, and be taught by veteran members, and grow as engineers and students.

Other LBR team members are listed below:

For more information on the team, visit https://longbeachrocketry.com/.