His areas of expertise are real-time DSP, Wi-Fi and Wi-MAX, adaptive systems, and mobile communication in multipath fading channels. He has served as the organizer and conference chair of IEEE Green Energy and Smart Systems Conference (IGESSC) since 2010.

Dr. Yeh has more than 100 technical publications, holds four U.S. patents, and is a member of the National Academy of Inventors. He was selected as a NASA Jet Propulsion Lab Summer Faculty Fellow in 1992 and 2003 and a Boeing Welliver Faculty Fellow in 2006. Among his many recognitions are the CSULB Northrop Grumman Excellence in Teaching Award (2007), the Distinguished Faculty Scholarly and Creative Achievement Award (2009), the Outstanding Professor Award (2015), and the IEEE Outstanding Engineering Educator Award for Region 6 (2019). He also received five NASA Jet Propulsion Lab awards, and the Aerospace Corp. Inventor's Award. Dr. Yeh has consulted for JPL, Texas Instruments, the Aerospace Corp., AT&T, and others. He is a senior IEEE member and a professional engineer in electrical engineering. 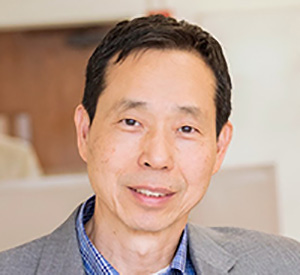