Scantron loans and maintains the 888P+ test scoring scanners located in the departments and colleges throughout the campus. In turn, the bookstore reciprocates by purchasing the necessary number of Scantron forms, which are bought by the students (~35¢ each). Popular forms include the 815-E, 882-E, 882-E LOVAS, 886-E LOVAS and the item analysis form 9700. (Departments are not required to buy forms.)

The Scantron Model 888P+ is an optical mark reader (OMR) and is fast (scores 2000 tests per hour). It is a stand-alone machine and is not connected to any computer or printer. 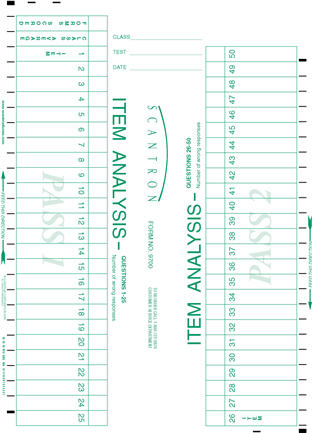 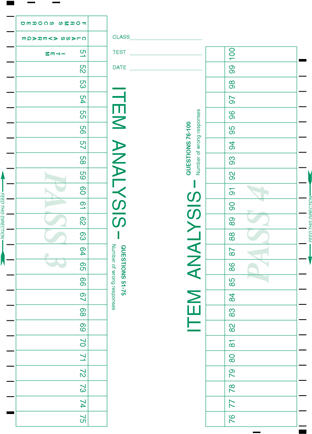