Production illustration includes visualizing key moments and set designs in the form of illustrations, designing/illustrating various objects (props) to be created by the appropriate artisans, designing murals to be painted by scenic artists, and the creation of “on-screen props”, such as artwork appearing in a film or episode. For example, she has created book cover artwork, maps and custom board games appearing in projects. As a production illustrator, she worked on Small Soldiers, What Lies Beneath, The Grinch, Castaway, Contact, Viva Rock Vegas, Parks and Recreation (NBC), True Blood (HBO), Jane the Virgin (The CW), The Good Place (NBC), and I Love Dick (Amazon).

Robin has illustrated for magazines, newspapers, educational companies, fashion clients and children’s books. She currently serves as Art Director/Illustrator for the social work online journal Reflections: Narratives of Professional Helping, and illustrated the regular column “History of Dress” for The Costume Designer magazine for many years. Robin received a BFA in Illustration and an MFA in Studio Art from California State University, Long Beach, where she now teaches a range of courses such as Costumed Figure Drawing, Sequential Imagery, Illustration 3, and Visual Development. She continues her work in the entertainment industry, and on other personal illustration projects, including a graphic novel. 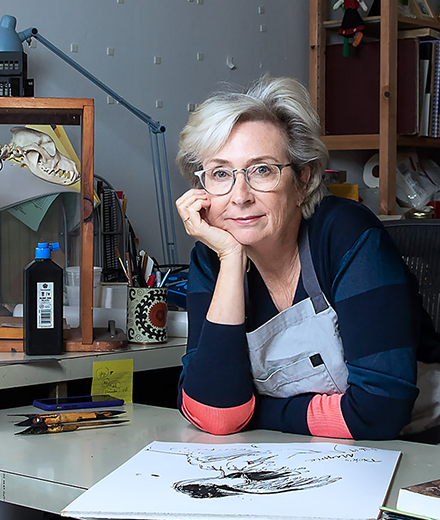