Dr. Kleinfelder teaches twentieth-century art, writing and methodologies, and critical theory. Her research interests range from gender studies to psychoanalytic theory, from hysteria to cyborgs. She was the first art historian to win the Distinguished Dissertation Award at the University of Michigan, and the first art historian—but probably not the last—to be Director of the School of Art (2014–2017). As a Professor Emerita, Dr. Kleinfelder is currently teaching half-time. Over the years she has taught seminars on censorship, mind/body/cyborg, the sublime and the abject, Bataille’s informe, Lacan’s discourse of the hysteric, art/fashion/anti-fashion, relational aesthetics, complexity theory, boundary crossing, and portraiture in the age of social distancing. She is currently working on a book titled Picasso becoming-woman: The Gender Debates. In her spare time, she competitively shows her two Arabian horses. A recipient of a National Endowment for the Humanities Fellowship, the honor she is most proud of is CSULB’s Distinguished Faculty Teaching Award.

In and Out of View: Art and the Dynamics of Circulation, Suppression, and Censorship. Co-edited with Catha Paquette and Christopher Miles (London: Bloomsbury, 2021).

“Exchanging Looks: Viewing Picasso’s Late Graphics.” In Picasso, Inside the Image: Prints from the Peter Ludwig Collection, Cologne, edited by Janie L. Cohen, 50–57, 130. New York: Thames and Hudson in association with the Robert Hull Fleming Museum, University of Vermont, 1995. Published in conjunction with an exhibition of the same name at the Robert Hull Museum of Modern Art, March 4, 1996–June 4, 1995.

The Artist, His Model, Her Image, His Gaze: Picasso’s Pursuit of the Model (Chicago: The University of Chicago Press, 1993). 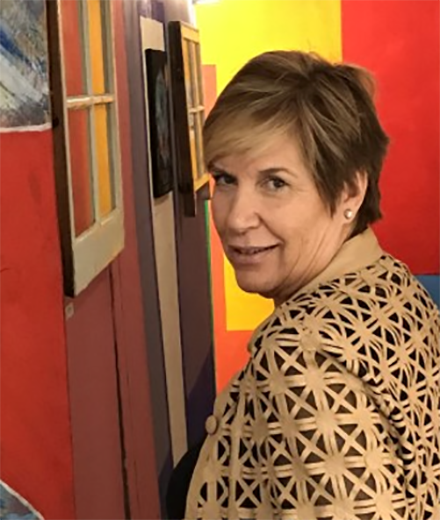