The policies on repeating courses are explained in CSULB Policy Statement 09-05 and CSU Executive Order 1037.

The policy on repeating courses for undergraduate students who have not yet earned a bachelor's degree is different than the policy for post-baccalaureate students (including students pursuing master's or doctoral degrees, second baccalaureates, certificates, or credentials). Select one of the following links to go to the corresponding policy:

Undergraduate students (students who have not yet earned a baccalaureate degree) may repeat, for the purpose of excluding the grade from grade point determination (called grade forgiveness), courses taken at CSULB in which a grade of D, F, or WU was received subject to the limits established below. Undergraduate students may repeat courses in which a grade of NC was received for grades averaged only subject to the limits established below. Refer to Undergraduate Unit Limits for more details.

Undergraduate students may repeat 28 units over their entire CSULB undergraduate career, of which 16 units maximum can be for grade forgiveness, in which the grade in the first attempt is excluded from the GPA.

Undergraduate students may attempt to repeat up to 16 units taken at CSULB for which a grade of D, F, WU, or NC was received for the purpose of excluding the grade from their GPA (called grade forgiveness), subject to the below conditions:

A repeated course will result in both grades being included in GPA calculations when:

Once an undergraduate student reaches the 28-unit limit for repeated courses, the student will not be allowed to repeat any additional courses without an approved academic appeal.

Courses first taken at another institution with grades of D, F, WU, or NC may be subsequently repeated at CSULB for grade forgiveness only if the courses are considered equivalent. Major departments determine course equivalencies.

Undergraduate students with extenuating circumstances who wish to attempt a course for a third time or repeat a course for audit must submit a request for an exception to academic policy. Exceptions are considered only in cases of demonstrated need (usually to avoid undue delay in graduation) and documented circumstances which support the potential for the student's future academic success.

A student may request to be considered for an exception to:

To request an exception: 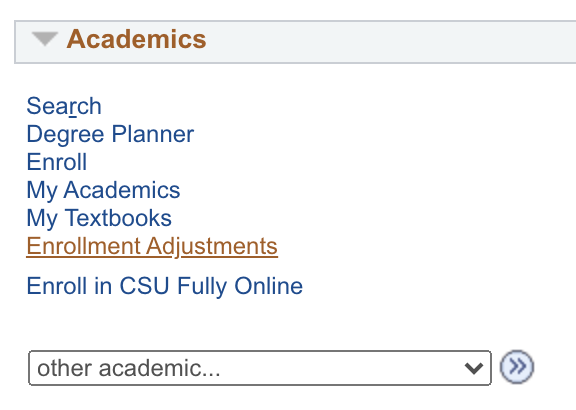 Your request will automatically be sent to the required approvers. You’ll receive an email once your request has been processed. You can check the status of your request by returning to the Repeat Limit Exception page.