This history of CSULB and the CSULB Library was extracted, for the most part, from

"The University Library: 40 Years of Growth" which was published to commemorate the acquisition (in 1988/89 academic year) of the 1,000,000th volume for the CSULB Library

The original document is available in the Library's Archives

Based on post-World War II population growth, a 1947 California state survey recommended the founding of a state college to serve Orange and southeastern Los Angeles counties. Los Angeles-Orange County State College, as California State University, Long Beach was first called, was formally established by Assembly Bill Number 8 signed by Governor Earl Warren on January 27, 1949. The new college opened in September that year with 169 students. Classes were held in a converted apartment building at 5381 Anaheim Road. The photo to the right shows that apartment building and the construction is the framework for the new Library.

The following April, the State Public Works Board agreed to a proposed permanent site, and in June 1950 the citizens of Long Beach voted overwhelmingly to authorize purchase of the property. The city council then paid approximately $1,000,000 for the 320 acres and donated the site, once a key part of the historic Rancho Los Alamitos land grant, to the state.

Meanwhile, a 25' x 35' wooden structure seating 48 students housed the first Library. More than a fifth of the college's initial budget, $25,000, was set aside for Library Director Charles Boorkman to buy books, and by the end of the first academic year the small Library had 5,508 volumes and 250 subscriptions.

In 1951 the little wooden Library was moved to the present permanent campus site in one piece. There it was combined with a similar structure and seating capacity grew to 96.

Groundbreaking ceremonies for a new Library, one of the first contingent of permanent buildings, took place on May 20, 1953. By December 1954, the 40,000-volume collection included 7,300 bound periodicals.

The new one-story building, which would be completed in January 1955, would increase seating to over 300 and house the ever-expanding holdings. When the new Library opened, enrollment at CSULB had increased 2,000%, from the original 169 to 3,852, and the institution had a new name: Long Beach State College. 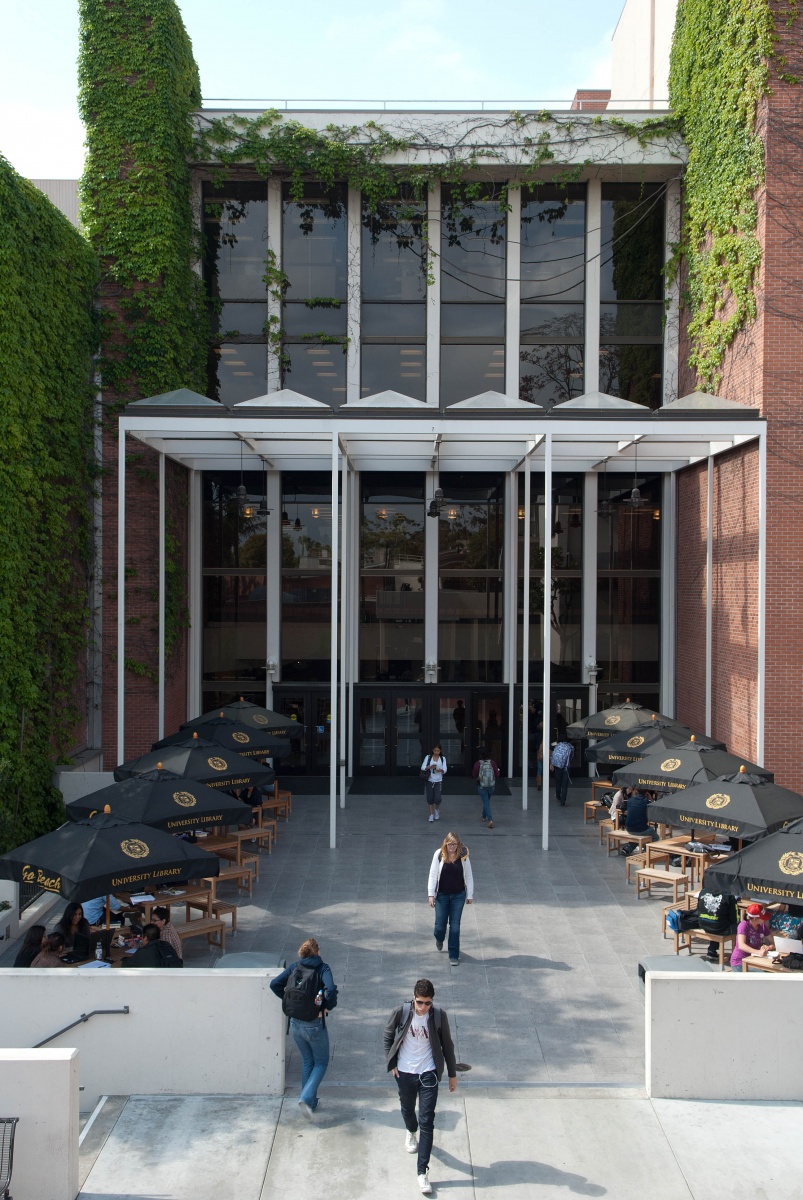 The present Library complex opened in 1972, becoming the largest library facility in the 19-campus CSU system. The Library had grown from a one-room building to a modern six-story building with a seating capacity near 4,000. The Library experienced a major remodel in 2006-2007 (completed in January 2008).

Some current services offered by the CSULB Library: