The aim of the Physics Distinguished Lecture Series is to invite preeminent scientists who inform and inspire students and the public through first-hand accounts of their path-breaking inventions and scientific discoveries.

We are grateful to the anonymous donor for their generous support of this important annual activity of our Department.

The speaker for the 2023 Physics Distinguished Lecture Series will be announced shortly.

The following is a list of previous speakers that the Physics and Astronomy Department has hosted.

The talk will discuss many of the issues and challenges of modern astronomy. We have entered the era of surveys, and as a result we have to get familiar with statistical and computational techniques appropriate to the size of data. The talk will discuss how Big Data is leading to a change in the nature of errors, how computability is increasingly revolving around systematic errors and how to deal with the emerging Artificial Intelligence challenges.

From Big Data to Discovery: The Fourth Paradigm.

The talk will discuss the 20 year history of how Big Data brought fundamental changes to the scientific method. From the early days of the empirical paradigm of science we saw the emergence of the theoretical, followed by the computational paradigms, and now we see the data-driven, Fourth Paradigm of science. The talk will discuss how this is transforming every aspect of science, the new challenges that are emerging, and the ones that are ahead of us. We show the similarities between data driven approaches in many different fields of science, and show how our educational system needs to provide more interdisciplinary skills. We also show how techniques from astronomy can have a big impact in other fields, like medicine. 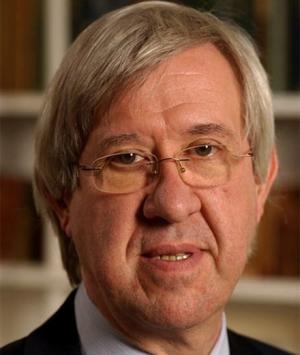 Alex Szalay is a cosmologist, currently working on a variety of Big Data related challenges, from astronomy to medicine. He was the archive architect of the Sloan Digital Sky Survey project, and has designed several novel statistical techniques in astronomy and spatial statistics. He has also been an early advocate of elementary particles as the dark matter. Most recently he is working on using Artificial Intelligence (AI) techniques to optimize the target selection on the Prime Focus Spectrograph (PFS) project of the Subaru telescope. He is also the Principal Investigator of one of the teams for the WFIRST telescope, responsible for prototyping a collaborative archive architecture. He has written several papers on genomics, and most recently he is collaborating with medical re-searchers on applying image analysis techniques from astronomy to challenges in cancer immunotherapy.

Dr. Szalay published over 500 scientific publications with over 60,000 citations. He is a Corresponding Member of the Hungarian Academy of Sciences, and a Fellow of the American Academy of Arts and Sciences. Dr. Szalay received numerous awards, among which are the Alexander Von Humboldt Award in Physical Sciences (2004), the Microsoft Jim Gray Award in 2007. In 2008 he became Doctor Honoris Causa of Eötvös University, Budapest.

Bismuth has very recently been shown to belong to the family of Higher Order Topological Insulators, i.e. topological materials with insulating bulk and surfaces, but with metallic 1D "hinges" at the junction of its surfaces. I will show how we detected such hinge states in monocrystalline nanowires connected to superconducting contacts, and further used the supercurrent-versus-phase relation to demonstrate their ballistic nature. I will also present our recent measurement of the nanowire's linear response to an ac phase difference excitation. I will argue that the response's sharp dissipation peak when the superconducting phase difference is pi points to a topological protection of the Andreev levels carrying the super-current at the hinges.

How Do Quantum Conductors Conduct?

Although electricity may be considered a banal commodity, the way in which electrons carry the current has some wondrous features. In this lecture, I will discuss experiments that reveal how current flows in small conductors, down to the scale of a single atom. I will also present quantum interference experiments with electrons that reveal their wave-like nature, both in vacuum and in solids. I will also show how the wave-like character of electrons can be exploited, in particular using superconductivity, to discover new states of matter in materials that were until recently considered ordinary. 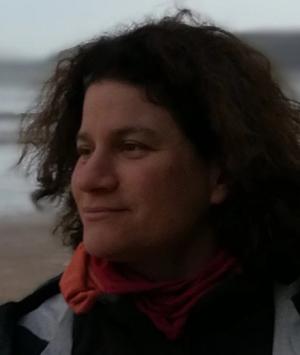 During her Ph.D. thesis in the Quantronics group of Saclay (France), she measured the energy distribution function of electrons in mesoscopic samples, to picture how much (or how little) electrons interact with each other at low temperatures. She also conducted experiments on the superconducting proximity effect, probing how far and how much superconducting-like properties penetrate in a non-superconducting material. Her postdoc years were spent at Cornell University, in the group of Dan Ralph, measuring for the first time single-electron transport through ferromagnetic metal particles small enough (roughly 1000 atoms) that the discrete "electron-in-a-box” energy levels can be resolved.

Since she joined the Mesoscopic Physics group in 1999, she has been investigating low dimensional systems with quantum transport tools, amongst which contactless measurements and the superconducting proximity effect. Among the discoveries made by the group are the superconducting state in ropes of carbon nanotubes; coherent transport through DNA molecules; identification of scatterers in graphene; and most recently, the discovery that bismuth nanowires are second order topological insulators.

Dr. Guéron is recipient of the 2001 CNRS bronze medal. She has authored over 50 publications on mesoscopic physics, quantum transport, coherence and interference, and proximity effects. She has also given numerous talks around the world on her research. She enjoys working with her fellow group members, and has supervised many PhD students and postdocs. One of her former PhD students is now a Physics faculty at CSU Long Beach!

Laying the God Particle to Rest.

The power of the sun is generated by nuclear fusion reactions; and the energy released by these reactions is simply related to the mass differences between light nuclei. Why are they so large? Indeed, more fundamentally, what is mass? Where does it come from?

It is popularly thought that the 2013 Nobel Prize in physics was awarded to Englert and Higgs for answering these questions, following the discovery of the Higgs Boson in experiments using the Large Hadron Collider (LHC), the most powerful particle accelerator on earth. However, the Higgs Boson is almost irrelevant when it comes to identifying the source of more than 98% of the visible mass in the Universe.

The vast bulk of all the mass we can see and measure is found within a theory, which, on the surface, appears far simpler than that associated with the Higgs Boson. Yet, that theory, called Quantum Chromodynamics (QCD), has resisted solution for more than four decades. QCD is that part of the contemporary paradigm for unifying all the forces of Nature, which is thought to explain the structure of nuclei; namely, it is the fundamental theory of nuclear physics.

This presentation will provide a simple perspective on QCD and some of those remarkable emergent phenomena within it, without which we would not exist to ask and attempt to answer those opening questions relating to the nature of mass. 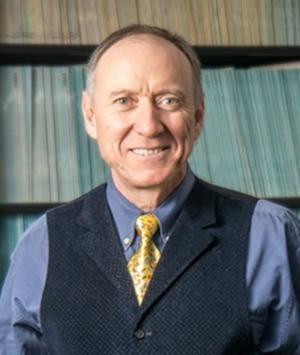 Craig Roberts is a Senior Scientist in the Physics Division at Argonne National Laboratory (ANL) – the USA's oldest National Laboratory. Having served as Theory Group Leader from 2001 until 2017, longer than any other person in the seventy-year history of the Laboratory, he stepped down last year in order to devote more attention to research at the newly upgraded Thomas Jefferson National Accelerator Facility, Newport News, VA, and the effort to secure support for an Electron Ion Collider in the USA.

He is a world-renowned Nuclear and Particle Physicist who has won numerous awards for outstanding contributions in Scientific Research and Science Management. He has authored over 160 research articles elucidating the theory of strong interactions, edited three Books, and delivered over 300 presentations around the world. He has trained numerous junior scientists, and two of his former post-doctoral Fellows are now Physics faculty at CSU Long Beach!