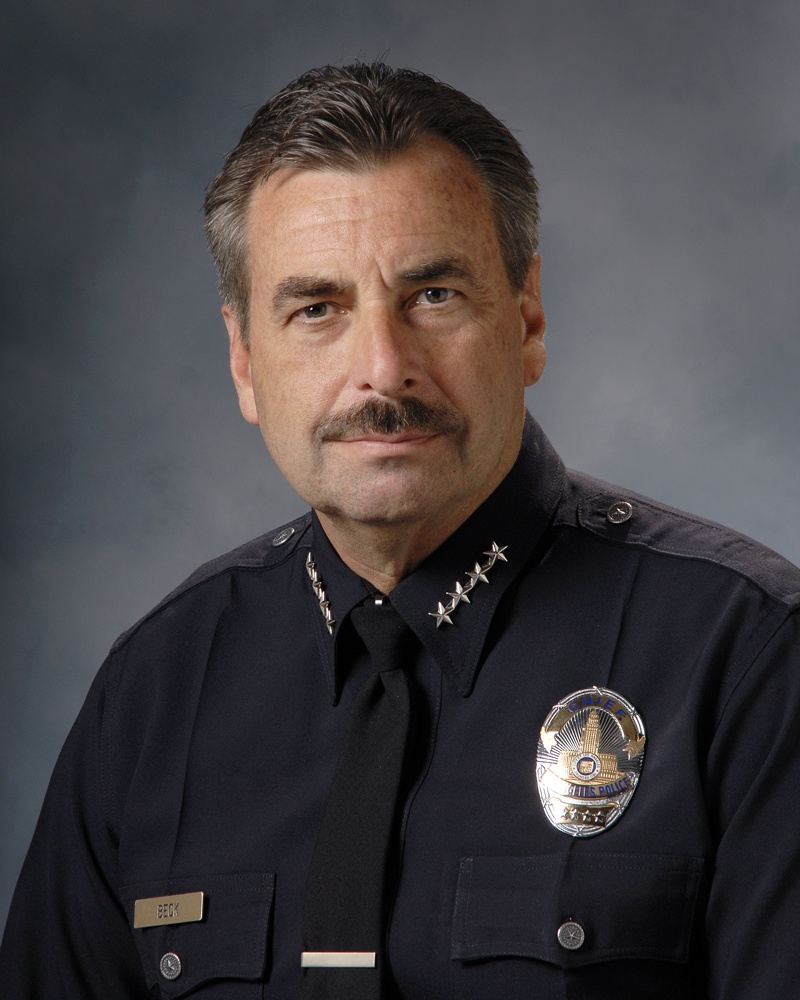 From 1977-06, he rose in the LAPD ranks from sergeant to captain, then commander to deputy chief, a position his father also held. During Beck’s tenure as Central Area’s commanding officer, he formulated the original Safer Cities initiative, which has been replicated nationally. As police chief, he meets regularly with diverse community groups within the city and has participated in the Tournament of Roses and Hollywood Christmas Parades.

Beck is the Los Angeles Police Relief Association’s past president and is a member of the International Association of Chiefs of Police and California Police Officers Association, among others. As an LAPD Motocross Team member, he has won numerous medals in state, national and international competitions.

Under Beck’s leadership, the LAPD maintains a partnership with CSULB through Peace Officer Standards and Training courses. He and his wife, Cindy, have three children, two of which are L.A. police officers, and two grandchildren. Three family members, mother Elma, sister Megan and her husband, John McElroy, attended CSULB.