Stratigraphy and Structure of the Roberts Mountains Allochthon 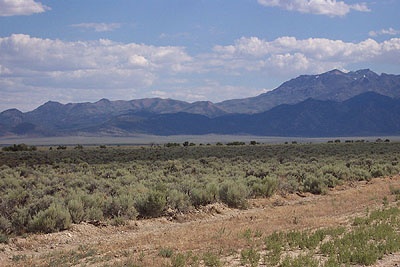 The Roberts Mountains allochthon is a thick, structurally complex succession of Cambrian to Devonian largely siliciclastic, basinal strata that are widespread in the north-central Nevada and structurally overlie a relatively shallow-water, coeval, autochthonous, largely carbonate succession. The Roberts Mountains of central Nevada is a classical geological area, where the Roberts Mountains Thrust was first recognized almost 70 years ago. This structural relationship, subsequently mapped in other mountain ranges, is the primary record of the Late Devonian to Early Mississippian Antler Orogeny, the first major orogenic event to affect the Cordilleran margin of Laurentia in the Paleozoic.

Although the Roberts Mountains Thrust and rocks of the upper plate, the Roberts Mountains Allochthon (RMA), have been mapped in mountain ranges throughout northern and north-central Nevada, recognizing and mapping the internal structure and stratigraphy of the RMA have been hindered by its structural complexity, monotonous lithologies, and poor exposures. Over the last 20 years, I have used graptolite and conodont biostratigraphy and detailed field mapping in the Roberts Mountains to reconstruct the original stratigraphic succession and lateral facies relations of the RMA, to interpret its depositional setting as the continental slope, rise and basin plain adjacent to the continental margin, and to compare it to that of the coeval stratigraphic succession that was deposited on Cordilleran shelf (miogeocline) of Laurentia.

Knowledge of the stratigraphic succession and lateral facies relations have been used, in turn, to recognize and map structural relationships within the RMA. These studies have been extended to other mountains ranges (e.g. Toquima, Monitor, Simpson Park, and Independence), and now I am working to complete mapping of the RMA for parts 7.5' quadrangle geologic maps of the Roberts Mountains that are being published by the Nevada Bureau of Mines and Geology.

This research has been supported by grants from the Petroleum Research Fund of the American Chemical Society and the EDMAP program of the U.S. Geological Survey, and has resulted in consulting work with several gold mining companies.

Publications on this research include: