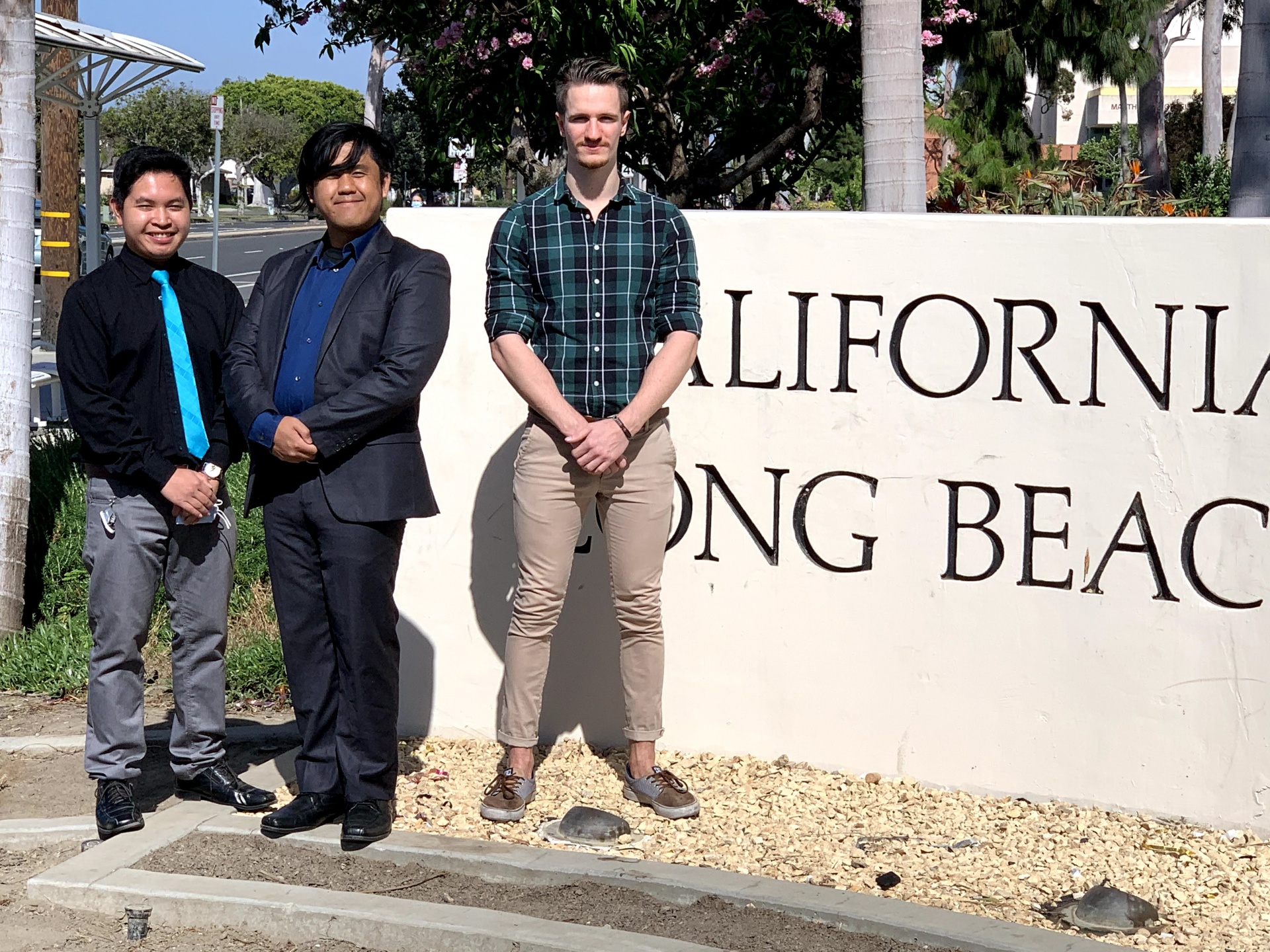 Two startups, Vitalink and Unwind places first and second place in the 2021 Sunstone Innovation Challenge. Vitalink, first place team, is a biotech smartwatch accessory that utilizes existing monitoring and a dermal caffeine dosage system to manage users’ energy levels. Unwind, second place team, is an affordable and personalized meditation app programmed to grow with you. Sunstone presented Vitalink with $15,000 in seed funding in addition to in-kind serbices and the runner-up, Unwind, receieved $10,000 in seed funding. 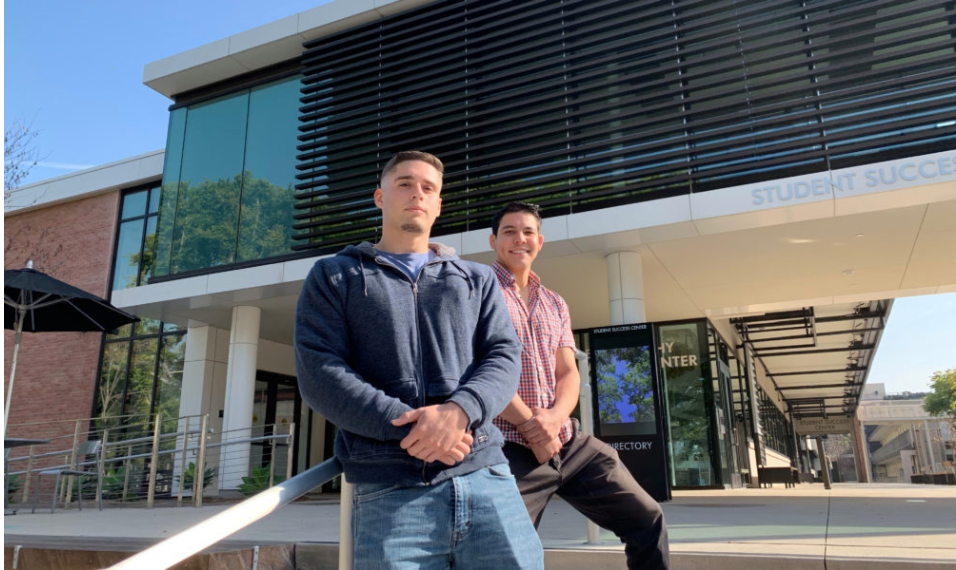 Two startups, PeriDeals and White Rabbit, beat out over 40 teams to land first and second place in the 2020 Sunstone Innovation Challenge. PeriDeals, the challenge winner, is a free app that connects students with local markdown deals on perishable foods. The startup, whose founders are pictured at right, also helps grocery stores save food and minimize the cost of inventory shrink, tackling both food insecurity and waste issues. White Rabbit, the runner up, is developing a chemical based process to create fabric from recycled textiles and lint. The startup plans to utilize electrospinning to increase clothing and plastics recycling as well as address damaging fabric waste in landfills. Sunstone presented the winning team with $15,000 in seed funding as well as wraparound support in the form of co-working space, marketing, legal and accounting services totaling up to $35,000. The runner-up received $10,000 in seed funding as well.

Sips Cold Brew brings high quality locally produced cold brew coffee to college students at a competitive price. Through customization, students can interact with the production of their coffee and receive convenient deliveries in an industry-leading experience. Built on bringing the best coffee to students, Sips will use local production to eliminate the need for preservatives and additives. Through a unique production process, Sips yields a smooth and delicious cold brew to help students power through their classes. Students can receive weekly or biweekly delivery of a 32-ounce growler, enough for four to six servings. The Cold Brew Club adds unique value by eliminating delivery fees and providing 15 percent off any cold brew ordered. Read more about Sips 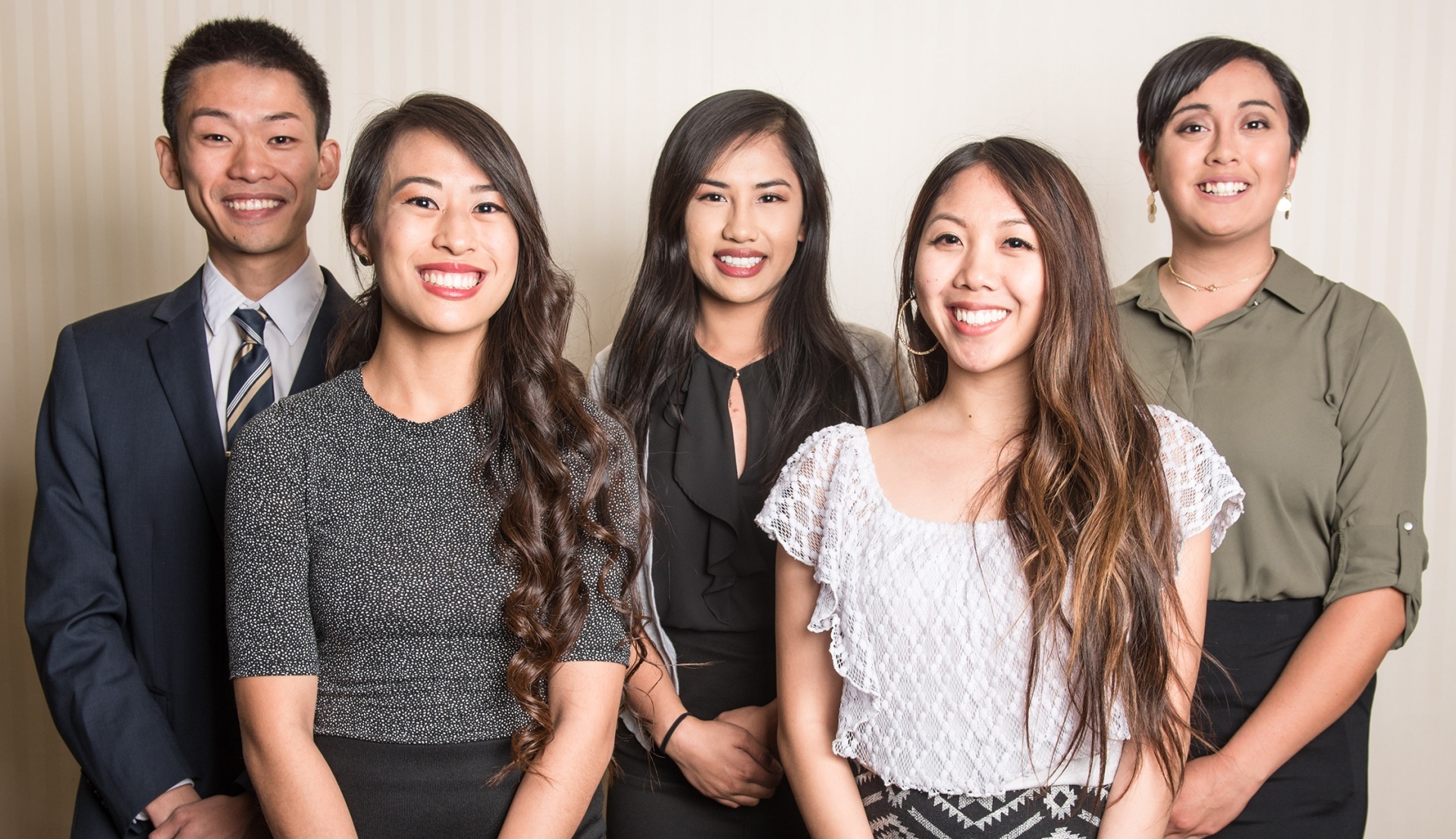 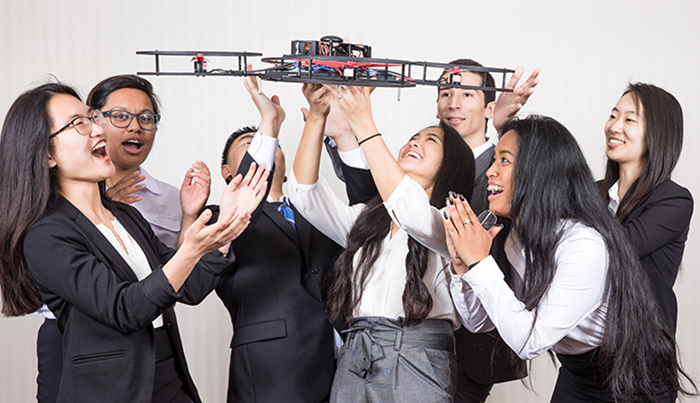 Stellar Aeronautic Robotics' license-plate recognition drone to catch parking scofflaws was named the top team in the 2017 Innovation Challenge. Donald Truong, team leader of STAR, told judges a drone would let parking enforcement be done autonomously and without traffic interference or paper tickets. The drone’s camera would send images back to the base, where campus police would then issue tickets via email. The drone has drawn interest from several campuses, including CSULB. The team also included Paul Delgado, Trisha Echual, Inna Echual, Elizabeth Kim, Grace Ji, and Caitlin Rubia. STAR beat out three other teams for the Innovation Challenge top prize, which includes $10,000 seed funding, and roughly $40,000 in marketing, legal, accounting and other services. Read more about STAR 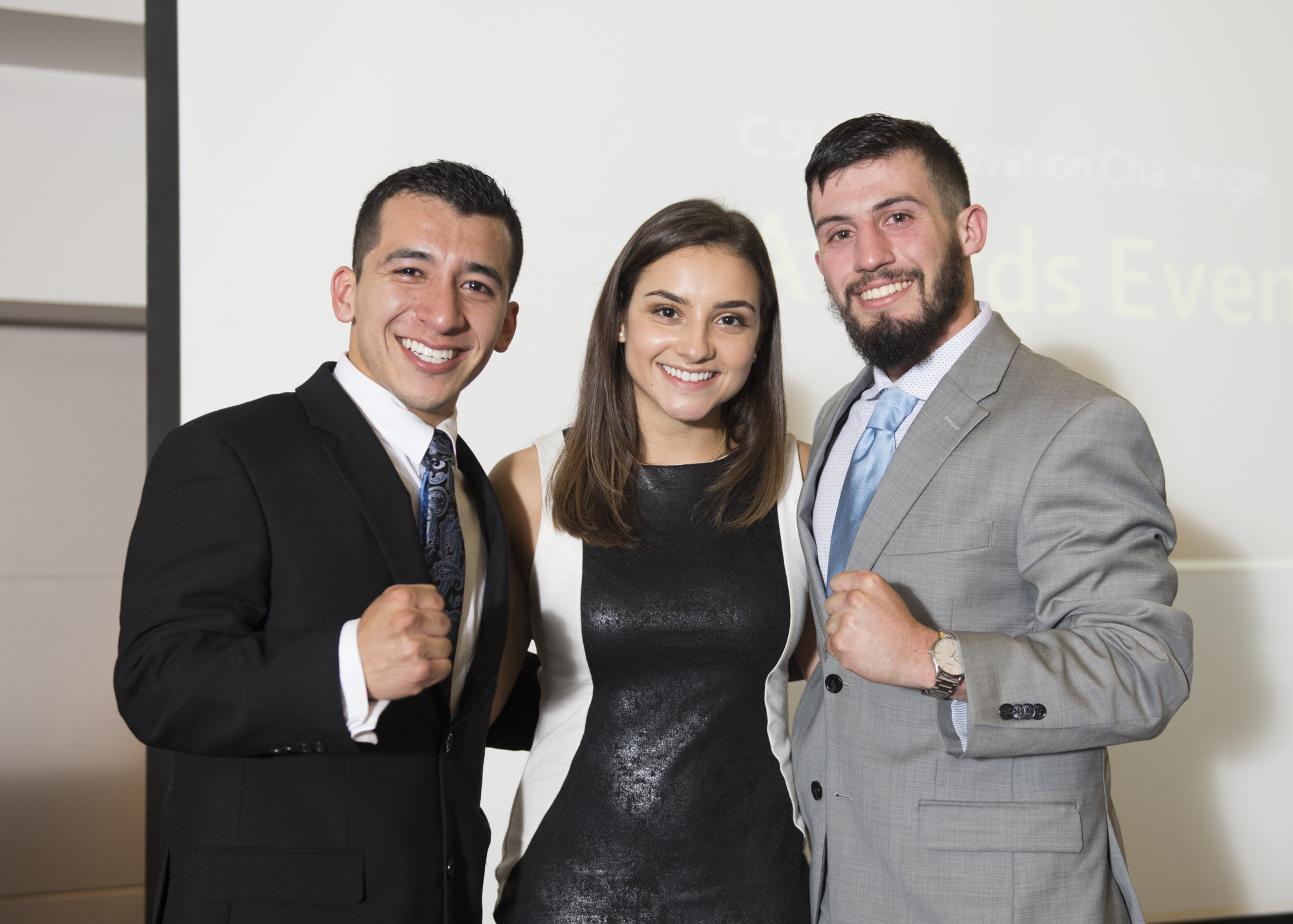 The top team for 2016 took repeated punches and jabs from senior citizens to test out its winning business idea. The Boxing Movement team, made up of business majors Eric Lara and Anthony Gonzalez, and mechanical engineering major Gina Glionta, won the top prize of $10,000 in seed funding and $40,000 in services for a mobile boxing gym that could be trucked to recreation centers and other facilities to help seniors have fun and maintain strength. Spending on wellness-based services is expected to increase from its current level of $200 million to $1 trillion by 2025. Team members got the idea after seeing elderly relatives break bones in falls and face a difficult recovery. To test it out, they boxed with seniors at the LifeFit Center. The winnings went toward buying a truck and building the trailer. 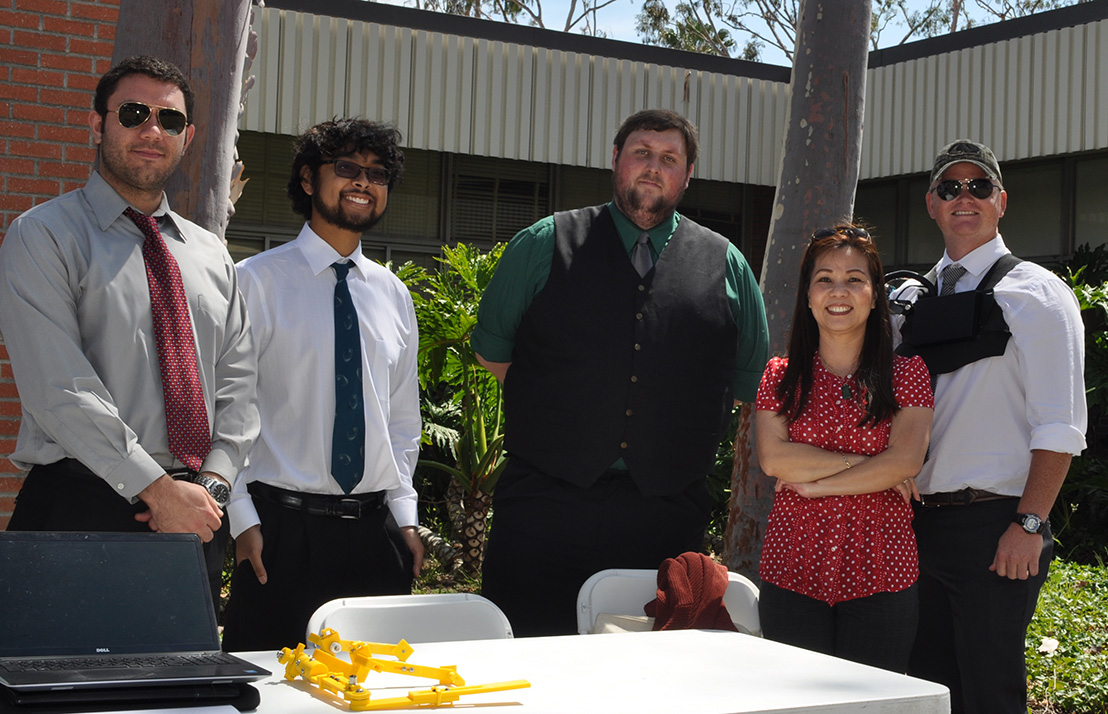 Team members Matt Scholten, Andrew Siwabessy, George Syage, Lan Chi Truong, and Geoffrey Parker received $5,000 in cash to help them launch their virtual-reality controller The Yoke, which promised to deliver a fully immersive experience. Team leader Scholten, a 2009 mechanical engineering graduate, said he’s been dreaming about the idea for several years. “The bloggers are calling 2016 the year of virtual reality,” he said, noting that the industry was forecast to be generating $30 billion annually by 2020. A former art major, Scholten worked on artificial intelligence projects for NASA’s Jet Propulsion Lab and founded and bootstrapped a previous startup. The other team members also possess broad technical experience. What set The Yoke aside from its competitors is that it was fully immersive instead of 2D. 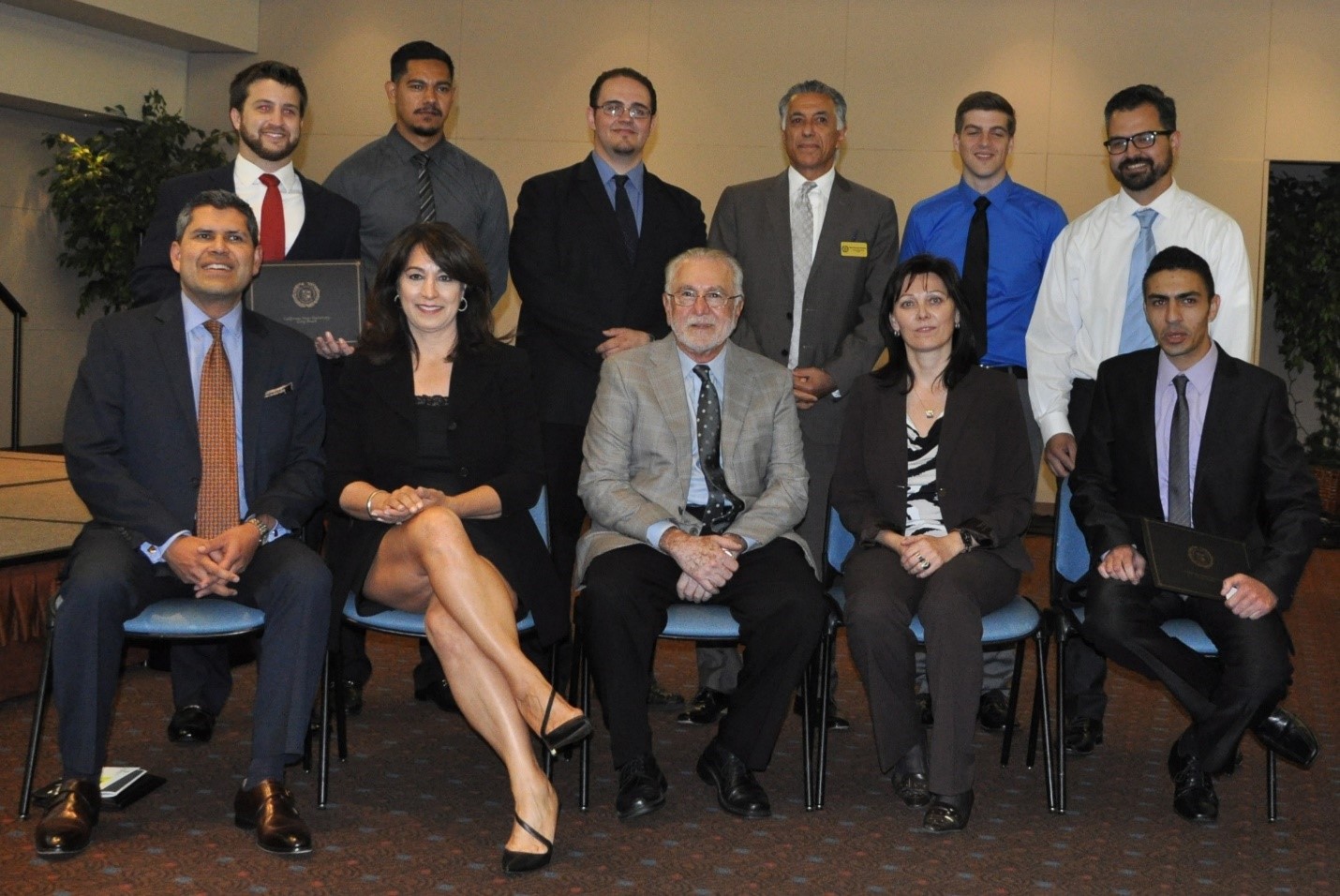 LuxNova, a startup working to produce 3D-printed bones, gained considerable attention from its 2015 Innovation Challenge win, generating media coverage in seven countries and five languages. Since then, the startup  registered as a limited liability company, moved into an office at CSULB, and started the search for a permanent retail warehouse. Led by Trevor Wagnor, the team included William Berube, Paul Ferretti, German Leal, The-Bao Nguyen, Adam Price, Miguel Vintimilla, Michel William, and Dickson Yuen. LuxNova presented its work at the 2015 SME Rapid 3D Printing Convention in Long Beach and partnered with a group that has pioneered a method for 3D-printing cartilage. LuxNova completed early research and development and expected to produce a commercial bone printer capable of industrial-scale operations by 2020. 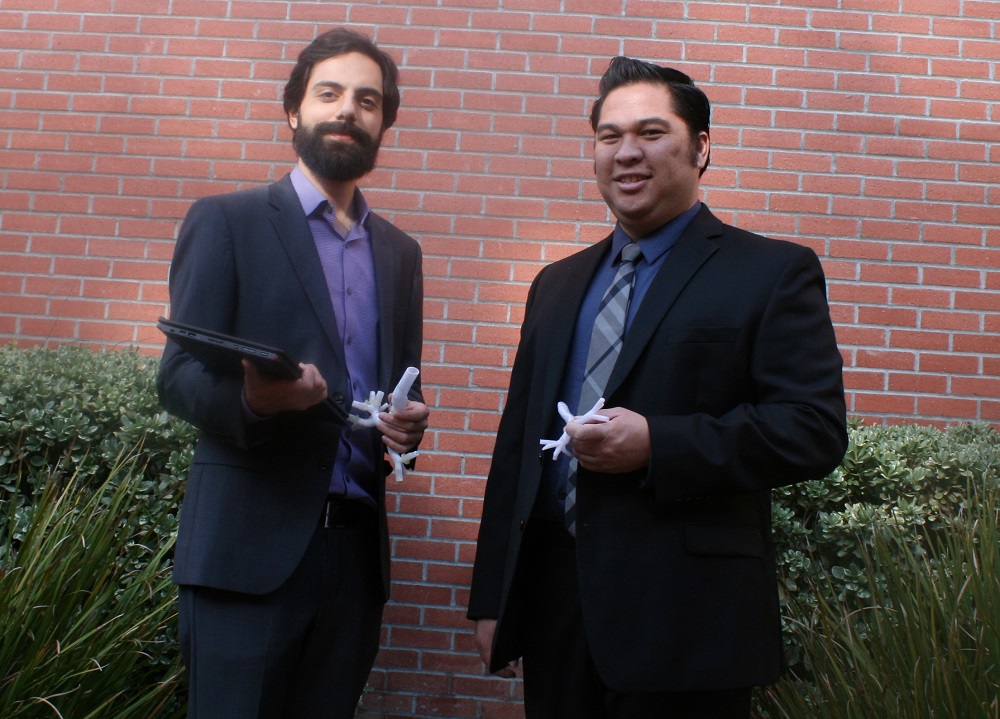 The InFluidS team, comprising CSULB Ph.D. graduates Shahab Taherian and Jeremy Bonifacio, developed a noninvasive tool that uses simulations to help physicians more quickly diagnose pulmonary diseases, including pulmonary embolisms, which affect more than 1 million people per year. In FluidS also developed new and better designs for inhalers, surgical masks, and drug-delivery systems, and improved preventative measures for controlling air quality. Taherian and Bonifacio met in the PhD program. Both are now lecturers in the Mechanical Engineering and Aerospace Department. Taherian conducts research on air pollution’s effects on the human respiratory system. Bonifacio was recognized as MEDTRANS Transportation Center’s Student of the Year and was commended on his research into the reduction of airborne pollution. 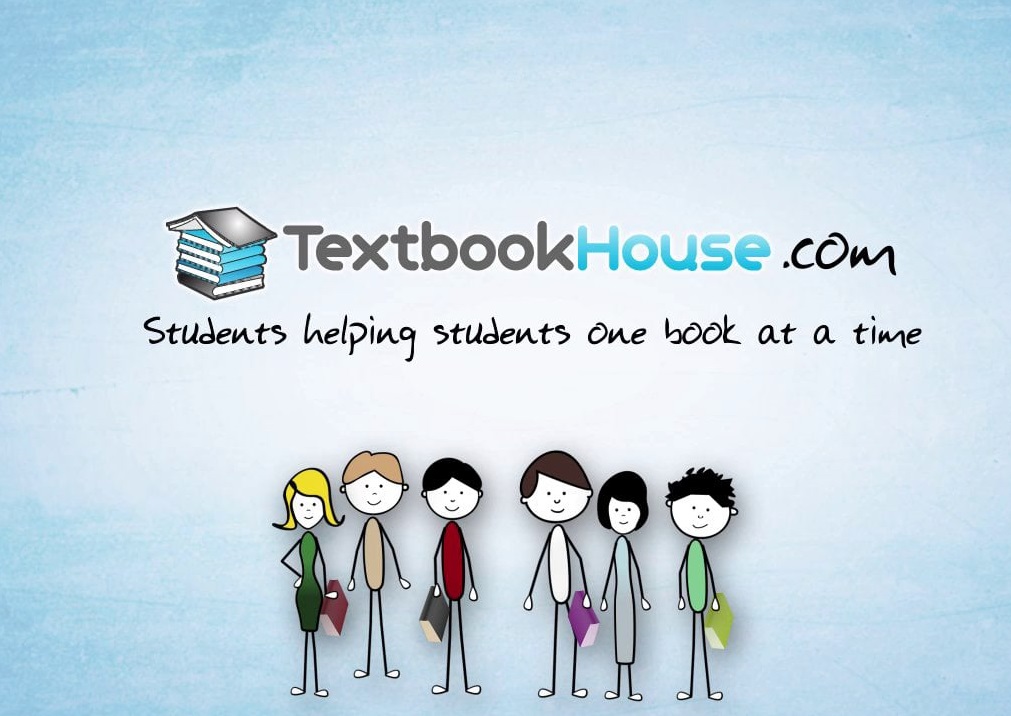 Senior Alexander Santamaria’s 2013 Innovation Challenge win helped him launch a textbook-trading website and app that connected college students with other college students on their campus who were looking to trade their textbooks. Santamaria’s intent was to save students money and time typically spent at university bookstores. Instead students, could reuse and recycle their books while reducing their struggle to find reasonably priced textbooks. TextbookHouse.com used a database that showed what books students already owned and which books they would need for the following semester. Once a connection was made, they could meet with each other and establish a trade. At the end of the semester, the students could return their trade or they could use them for another trade for the following semester. 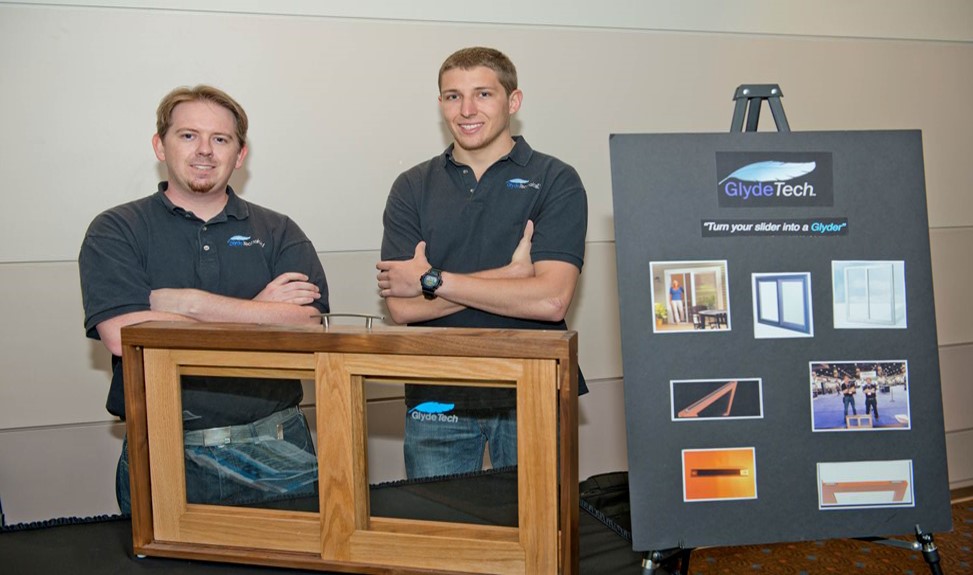 College of Business students Mathew Martin and Ryan Beck won the 2012 Innovation Challenge for GlydeTech, a magnetic gliding technology intended to make sliding doors and windows of any size easier to open and close. The technology can be applied to patio doors, windows, room dividers, and closet, shower, and industrial doors. GlydeTech ensured security and quieter operation and enables a 26-pound sliding door to close with just 2.1 ounces of weight. The seed funding went toward obtaining a patent, participating in industry trade shows, and building prototypes for potential customers. Martin and Beck are working on a licensing agreement. The Innovation Challenge was a huge help in building their business. “It’s had a tremendous impact on my life,” said Martin. “I met great people through Innovation Challenge and developed connections that I never would have without it. I’ve learned so much from my experience and wouldn’t change it for anything.” 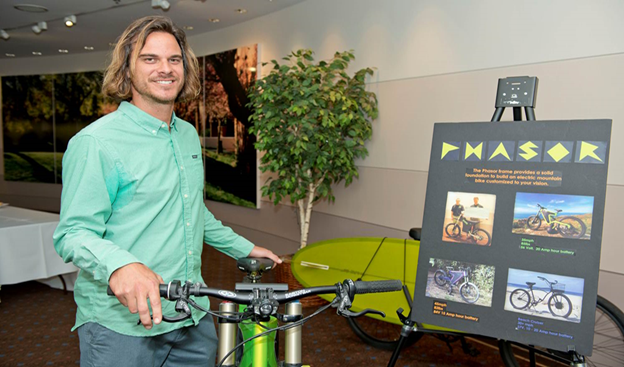 With its 2011 Innovation Challenge win, Phasor Cycles was jumpstarted from a senior design project to a growing business poised to become part of the electric transportation revolution. The team consisted of mechanical engineering students David Pearce, Dan Southard, and Rogelio Rosas. The trio created the Electric Motocross Electric Bicycle (EMXB). Lightweight, powerful, and emission-free, the EMXB combined the capabilities of a motorcycle with the practicality of a mountain bike. Phasor went on to sell frame kits that let customers build bikes to their specifications and construct custom electric beach cruisers or mountain bikes upon request. The Innovation Challenge seed money was used to execute the business plan, build a production model bike, invest in the tooling to start manufacturing, and pay IP attorneys for a patent search. Phasor Cycles was the first to offer a DIY option for the electric bike industry. “Winning the Innovation Challenge made a dream come true that I didn't even know I had,” said Pearce. “The Innovation Challenge set the course of my life. It makes the goal of owning a business tangible and attainable, at a time in life that is ideal for taking these risks, but also a time where we are usually lacking financially to act on an idea.”

Congratulations to this Year's Winning Teams

Two startups, PeriDeals and White Rabbit, beat out over 40 teams over the course of six months to land first and second place, respectively, in the Sunstone Innovation Challenge. The finalists were judged by a panel of three successful entrepreneurs and investors experienced in the local startup space.

PeriDeals, the challenge winner, is a free app that connects students with local markdown deals on perishable foods. The startup, whose founders are pictured at right, also helps grocery stores save food and minimize the cost of inventory shrink, tackling both food insecurity and waste issues. White Rabbit, the runner up, is developing a chemical based process to create fabric from recycled textiles and lint. The startup plans to utilize electrospinning to increase clothing and plastics recycling as well as address damaging fabric waste in landfills.

The competition, launched over a decade ago as a platform to encourage entrepreneurship, has grown significantly since Sunstone signed on in 2019. On Monday, Sunstone presented the winning team with $15,000 in seed funding as well as wraparound support in the form of co-working space, marketing, legal and accounting services totaling up to $35,000. Further, this year the runner-up received $10,000 in seed funding as well. Watch the presentations on Facebook Live.