Paleoceanography of the California Margin

Over the past 15 years, we have investigated the amazing super-high-resolution record of Quaternary climate and oceanographic change from the Santa Barbara Basin, offshore of central California. This work started with a long core recovered by the R/V JOIDES Resolution (1992), then expanded with a set of cores taken on board the French research vessel Marion Dufresnes (2002), and expanded with an innovative coring expedition onboard the R/V Melville (2005) under the auspices of the Ocean Drilling Program (ODP), International Past Global Climate Changes Study (IMAGES), and the National Science Foundation (NSF). 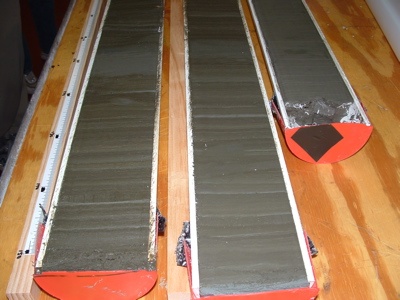 Preliminary and ongoing studies of these cores by my group and other workers have employed sedimentologic and paleoceanographic methods (grainsize, mineralogy, ichnofabrics, microfossils, carbonate and carbon content, and stable isotopes) to understand changes in the ancient California Current System. We have discovered amazing and important fluctuations in climate and environment that have taken place over the past 60,000 years, as well as clues to what may have influenced their occurrence and timing. These studies have documented dramatic changes in bottom water oxygenation, sea-surface temperature, productivity, and organic matter preservation during the late Quaternary that correlate with variations in global climate change. We have recently pushed this back to 700,000 years and are currently proposing additional coring and seismic survey expeditions for the upcoming years.

We are also investigating an offshore-onshore transect of Ocean Drilling Program cores, oil wells, and outcrops for evidence of Milankovitch (astronomical) cyclicity in the sedimentary sequence. Gamma-ray logs of ODP Hole 1016A (~100 km offshore) were used to create a dating and correlation tool for the upper Neogene Monterey and Sisquoc formations of the petroliferous Santa Maria Basin. Application of astrochronology improved temporal resolution about five-fold in many intervals of the log from ~500ky age biostratigraphic increments to <100ky age increments. 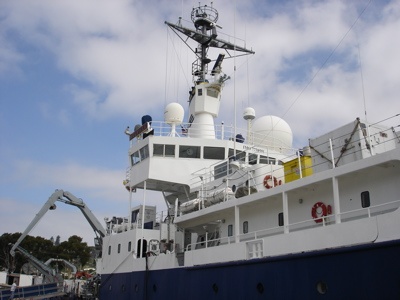 This study demonstrates that the uppermost Miocene-Pliocene succession of the offshore central California margin records orbital cyclicities on eccentricity through precession time scales. Use of the new chronology helped refine linear sedimentation and mass accumulation rates of organic matter and calcium carbonate, identify condensed sections, determine geographic trends in sedimentation rates along the paleomargin, and suggests refinements to the dating of Late Neogene radiolarian zones along the central California margin.

Grad student on this project:

Undergrad students on this project: