It's a grand day for the Student Success Center

With one snip of some very large scissors Friday, the newly-renovated Student Success Center’s doors officially opened to a host of services and assistance groups.

The Center broke ground in late 2017, and was ready this spring for students. The SmithGroupJJR-designed building is home to the Bob Murphy Access Center, formerly known as Disabled Student Services. The Student Success Center also houses programs such as BUILD, which supports undergraduate research in the health sciences, and the Women’s Gender & Equity Center. The center also offers lab and studio spaces for students and researchers, along with space to relax and hang out.

“It’s been a long wait and a worthwhile wait, and I think the cause and the message it sends is the most-proud thing I have been involved in,” said longtime supporter Bob Murphy, whose Murphy Family Foundation donated $1.5 million to the construction of the facility.

“We have four alumni in our family on the board of the foundation, four who graduated from here, and we’re all so proud of this because it’s dedicated to all students. Now, all students have the opportunity to be successful, no matter what their challenge. We are here to help them. We are just very excited.”

The Student Success Center was the brainchild of the late Dr. David Dowell, a former provost who President Jane Close Conoley said “rightly believed and firmly said that student success is everyone’s job.”

Conoley added that throughout his 40 years at Long Beach State, Dowell was “relentless in his commitment to students and our university and we are infinitely better because of that. We would not be here without Dave’s leadership and vision.”

Mark Wiley, Conoley’s interim Chief of Staff, said that it took talent and resources to make the building a reality and “to each of them, on behalf of this university, we thank you.”

Conoley stressed that Long Beach State has always focused on its students, and the Student Success Center represents that commitment.

“Simply put, student success goes to the very heart of this university’s purpose and mission,” she said. “You might believe that this is true for every university, but let me assure you this university is rare and singular in that commitment.

“Time may pass and administrators may change but Long Beach State will never waver in its commitment to finding effective ways to serve our large university student body.”

The grand opening was kicked off with a Native American blessing of the ground by Louis Robles of the Acjachemen tribe, and concluded with guided tours of the new building. 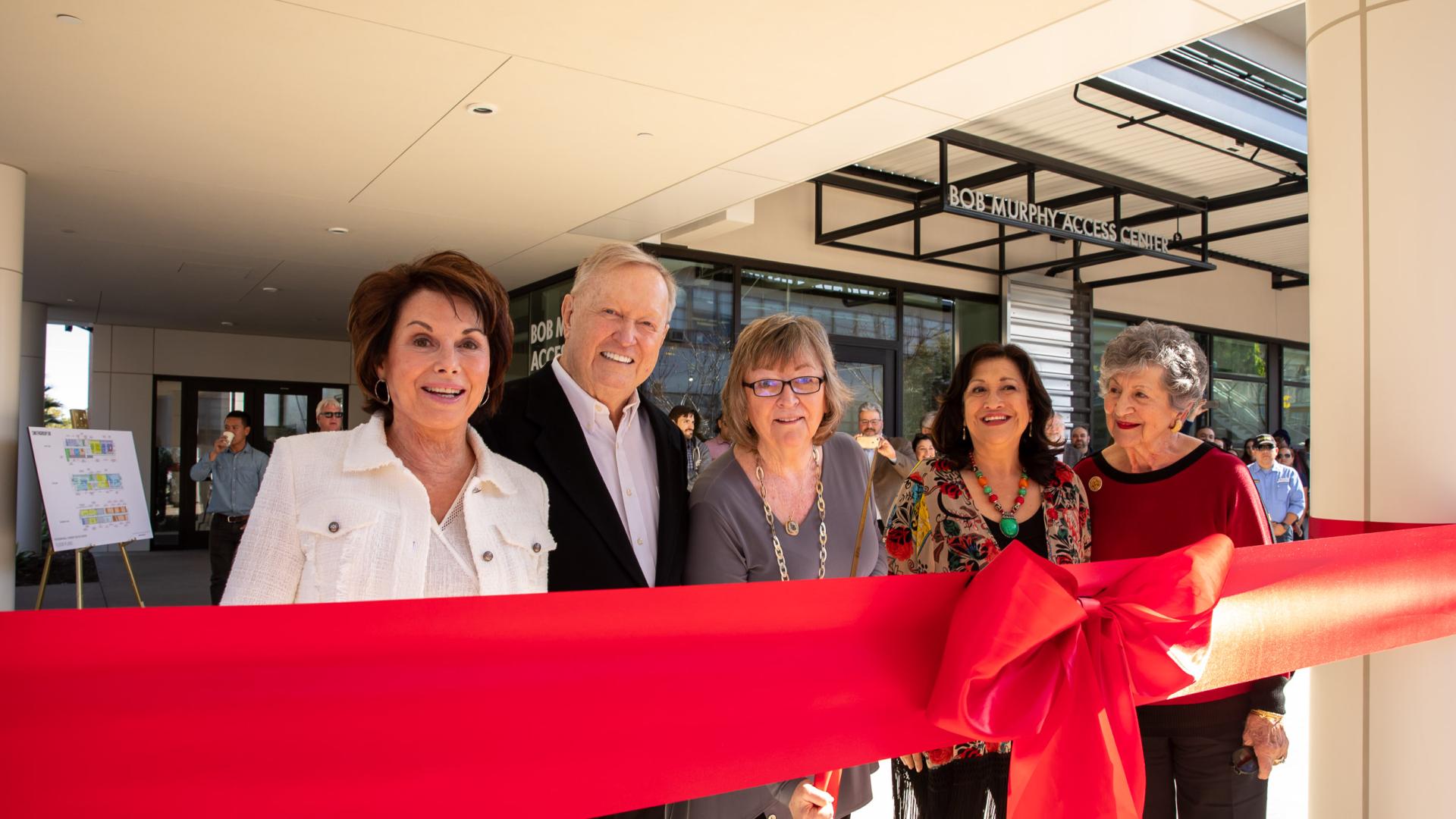 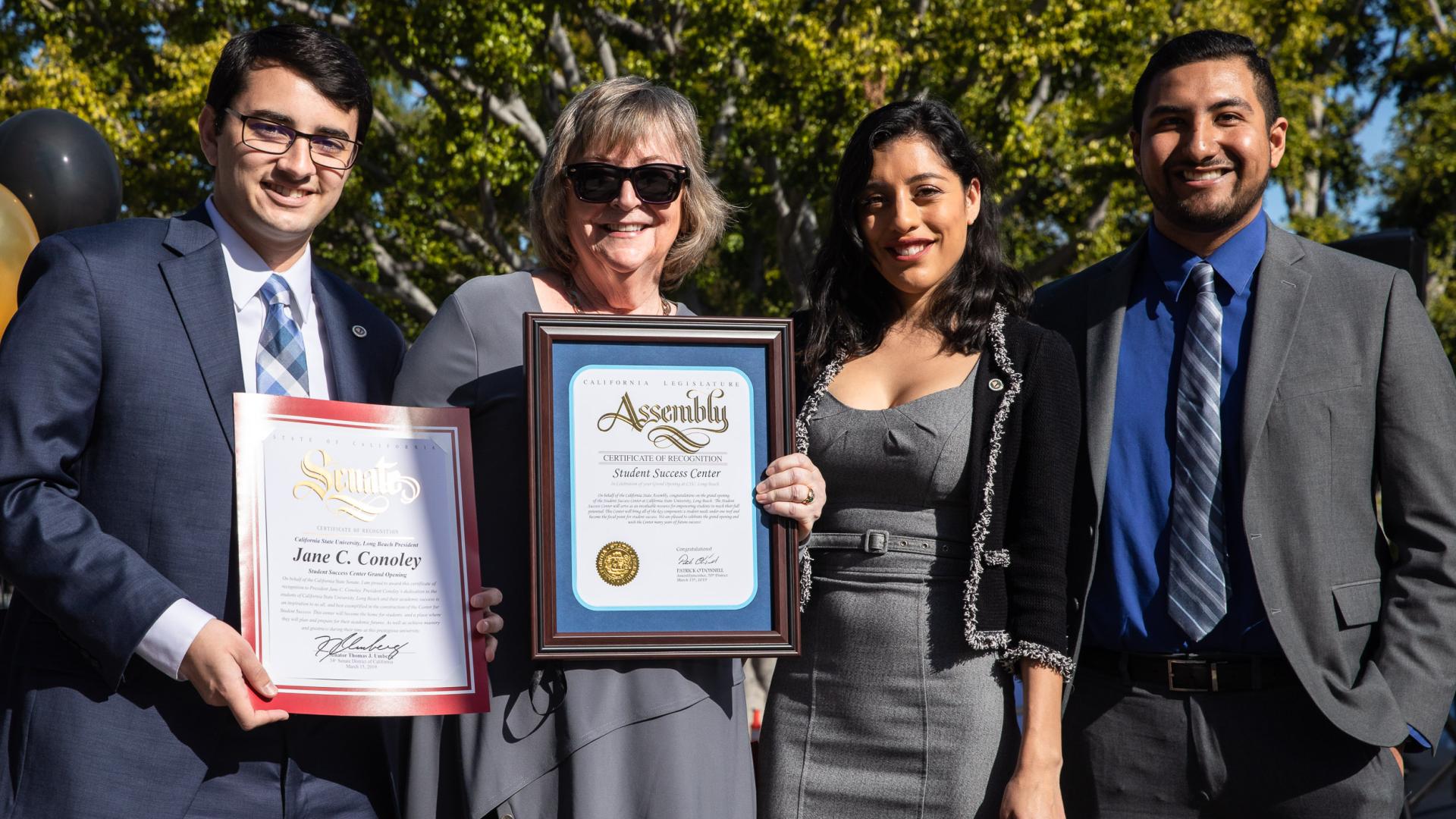 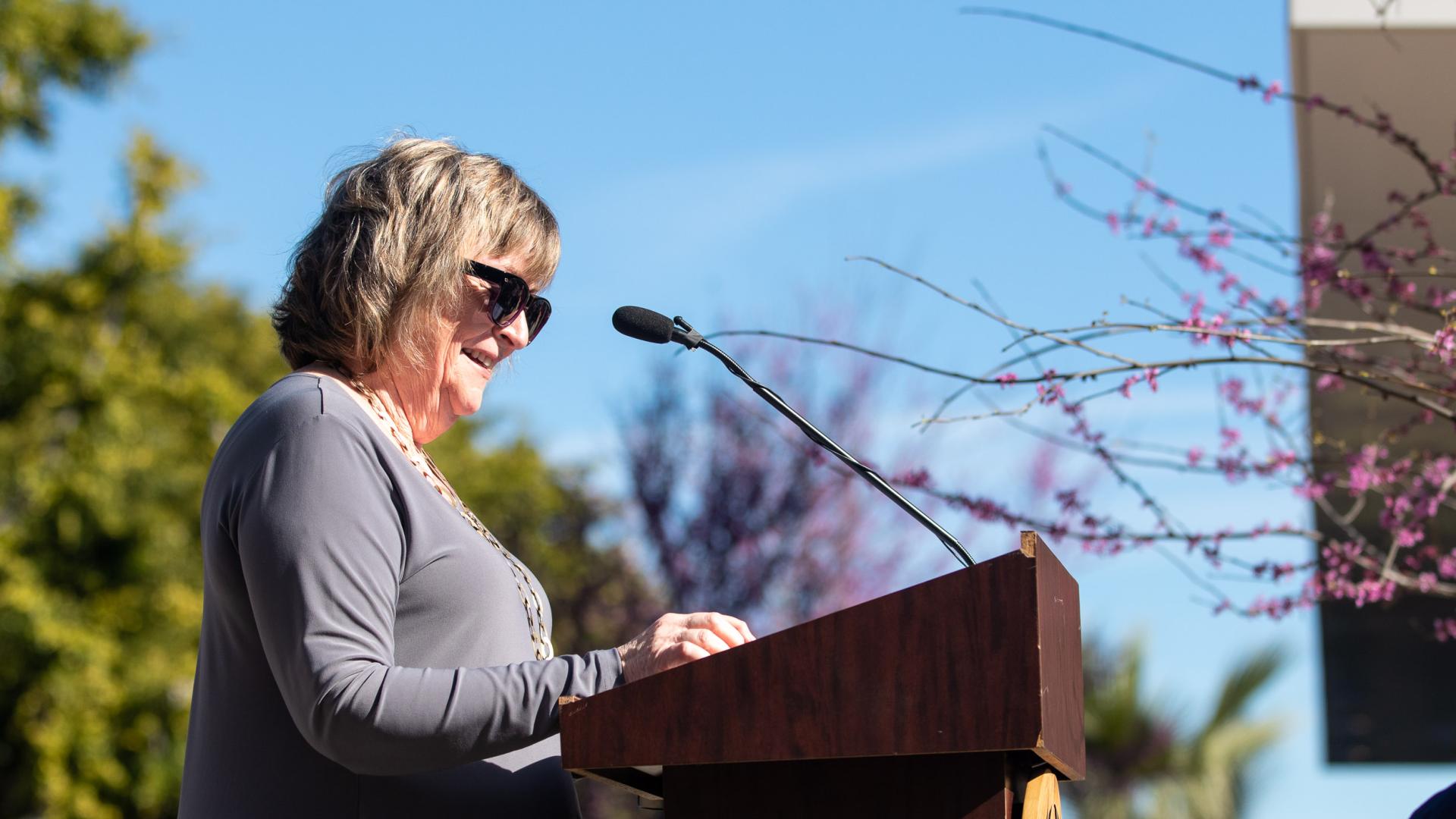