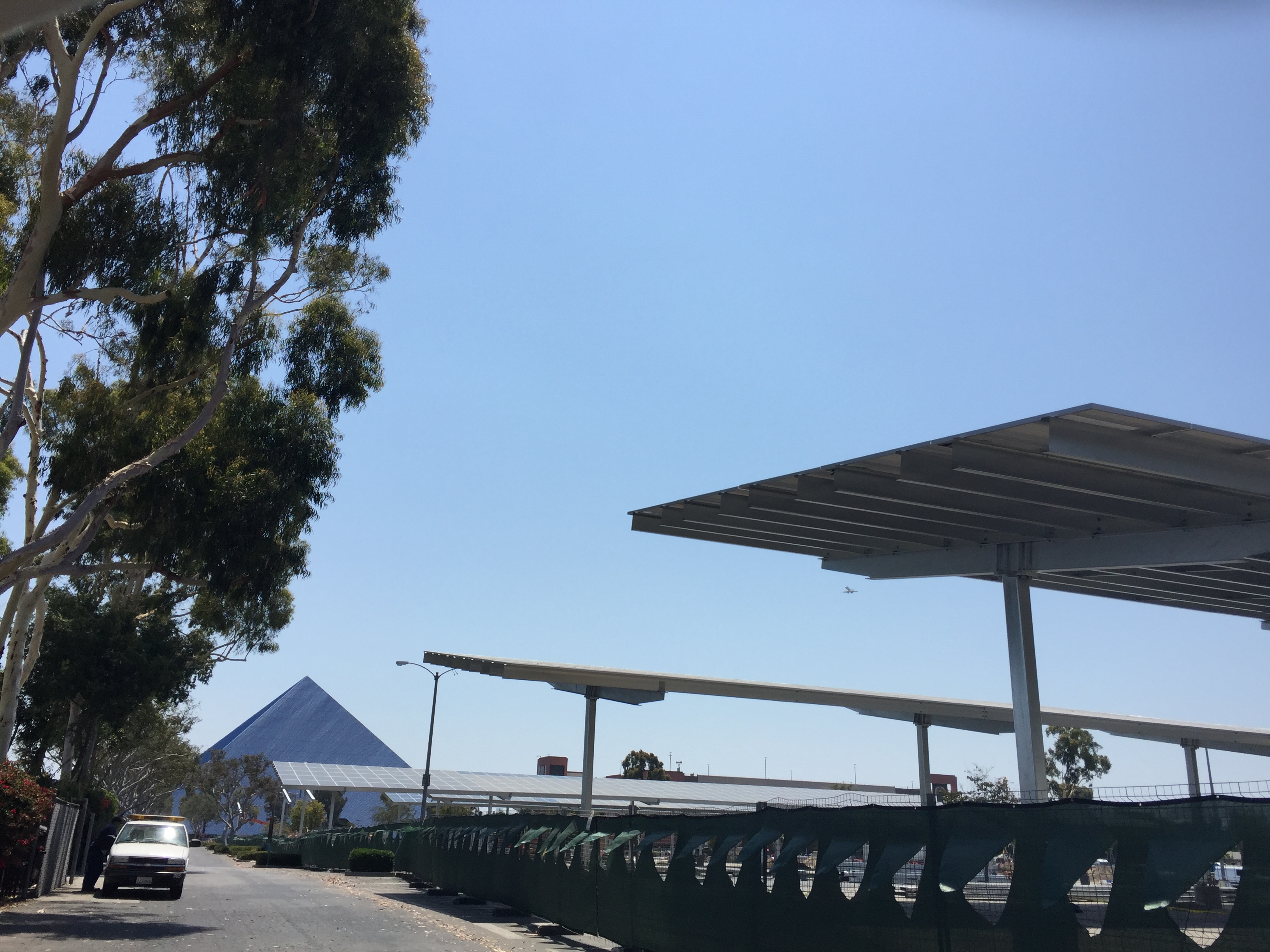 With all of the construction activity taking place across campus lately, it is only natural that some members of our campus community might be wondering how some of these projects are being paid for. For example, even as available funds for campus facility and infrastructure upgrades continue to be limited, some might have noticed the 4.75-megawatt solar energy installations going up in parking lots 14 and 7 and wondered how such a seemingly costly project could be possible.

Contrary to what many might assume, this exciting clean energy project is not being financed through parking permits or student fees. Instead, the university is leveraging an innovative mechanism called a Power Purchase Agreement, otherwise known as a “PPA.” A PPA is a type of financial agreement in which a private developer covers most or all of the costs to design, install, and maintain a solar energy system on a customer’s property. In return, the customer agrees to purchase the energy produced by the system from the developer for a fixed rate which is locked in for an extended period of time. CSULB has partnered with SunPower, which is covering all of the upfront costs to install the solar panels on campus. Once the panels are operational, CSULB will buy the energy generated right here on campus from SunPower at a per kilowatt rate which will remain constant over the next 20 years. With local energy utility rates projected to increase over the coming years, having an energy rate locked in for the next two decades is expected to reduce the university's utility expenses over the long term.

While the solar installation will be the largest of its kind on any of the 23 CSU campuses, it will not be quite large enough to supply all of the energy needed to power CSULB. The energy output of the system at any given time will vary depending on the time of day (or night), the weather, and the season, however, during times of peak production, such as the middle of a sunny summer day, the solar panels will be capable of meeting one-third of the campus' energy demand. Taking this variability into account, it is anticipated that the solar panels will supply 15% of the total energy consumed by the university over the course of a year.

This projects and others like it currently in development help move the university closer to achieving the goals set forth in our Climate Action Plan, specifically to reduce our greenhouse gas emissions by investing in cleaner forms of energy and ultimately achieving climate neutrality by 2030.  By being responsible stewards of our resources – ecological and financial— both our campus and Long Beach community benefit. Go Beach!