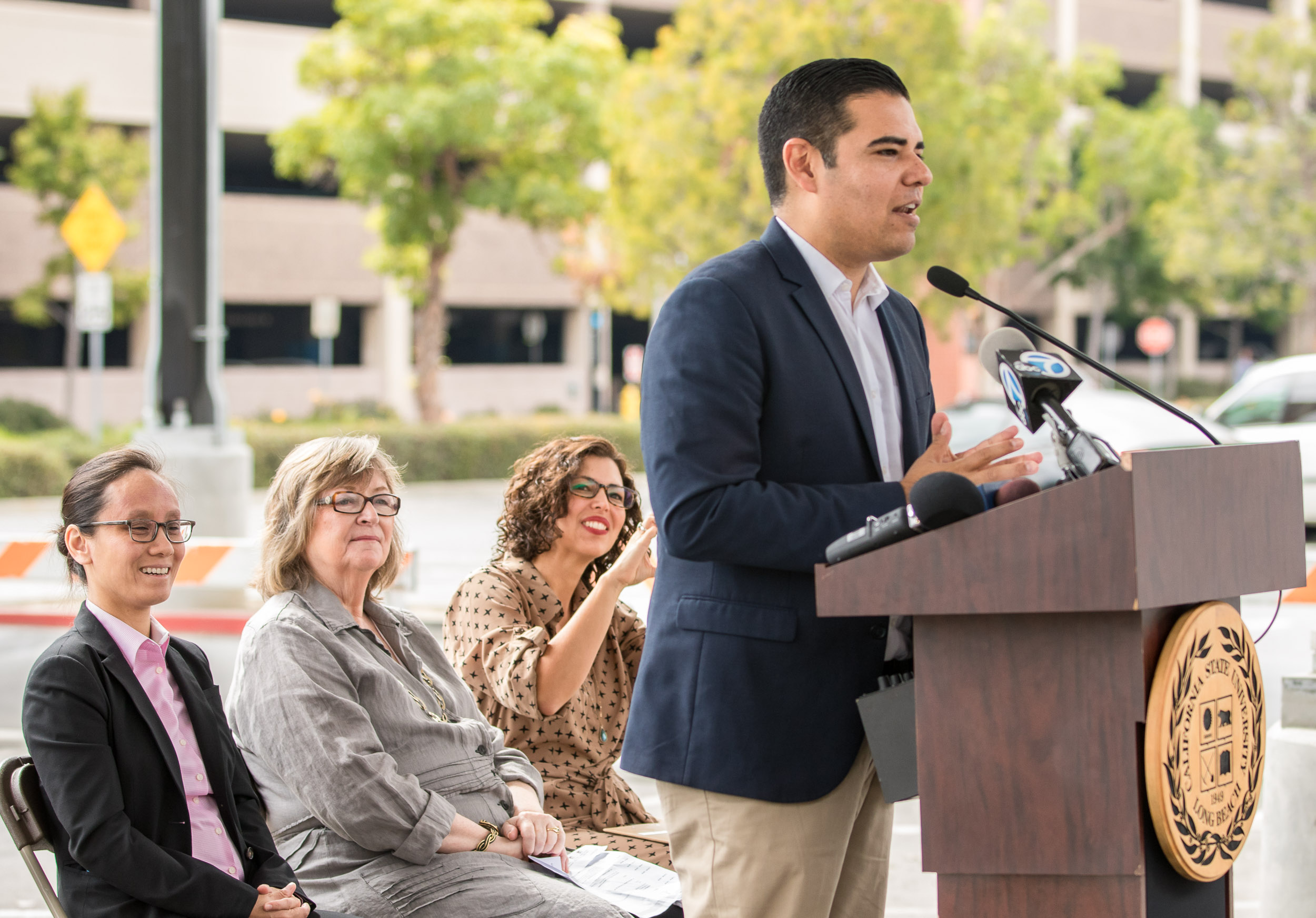 With one flip of a ceremonial switch, President Jane Close Conoley and Mayor Robert Garcia threw light on Cal State Long Beach’s latest effort to bring clean energy to the campus. They were part of Friday’s unveiling of the school’s new solar power system that looms above parking lots 14 and 7.

“Our university is dedicated to caring about our planet in every possible way,” Conoley said, “from making a formal commitment to eliminating the university’s net greenhouse emissions to fostering climate literacy among our students and promoting research efforts focusing on addressing the impacts of climate change.”

The rows of high-reaching solar panels will provide 4.5 megawatts and supply one-third of the campus’ energy demands during peak periods. The new system also will add 44 electric vehicle chargers to the four existing ones.

Conoley pointed out that the solar panels in both parking lots “make up the largest solar installation on any of the 23 CSU campuses.”

She paused, then added, “We’re not the least bit competitive. They’re all doing the best they can be we’re doing it faster and better.”

Garcia, an CSULB alumnus, added that the installation was not only the largest in the CSU system, but in the city of Long Beach.

“There is nothing else like this in the city,” Garcia said, “so the university is not just leading the way in the collegiate system, but showing cities across the country how to do it right, and how to be sustainably responsible. That’s a proud moment.”

The solar installations are part of CSULB’s Climate Action Plan that was adopted in 2014, which established the goal of achieving carbon neutrality by the year 2030. Conoley said that the collaboration between the city, community groups and the university will lead to a more resilient and sustainable region.

Conoley said the school partnered with SunPower to get the panels in place before classes began. She described it as a Public-Private Partnership and financed through a Power Purchase Agreement, which means the university did not have to pay upfront costs to install the system.

The developer covers most or all the costs to design, install and maintain a solar energy system on a customer’s property. In return, the customer agrees to purchase the energy produced by the system from the developer for a fixed rate for a period of time. 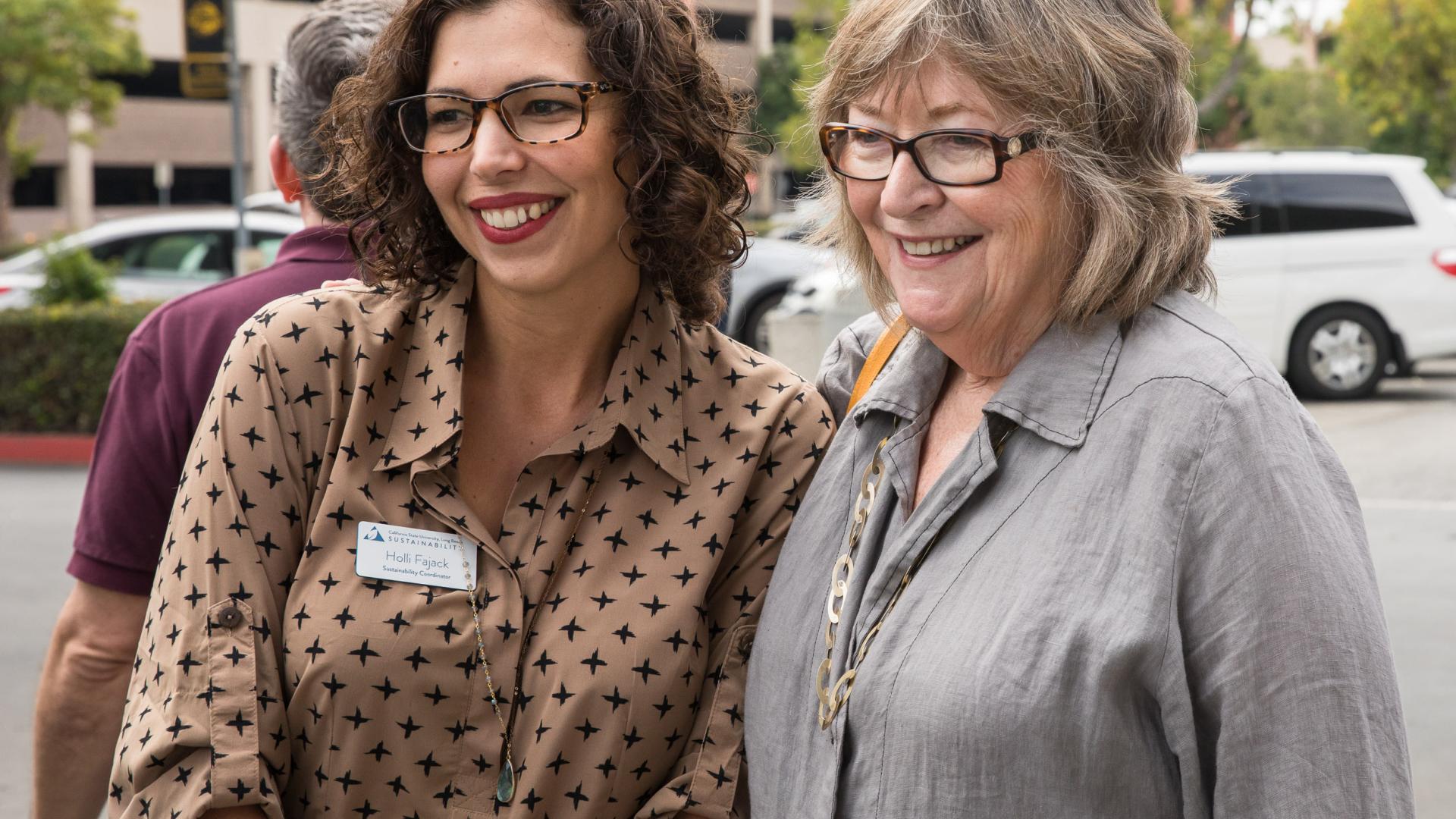 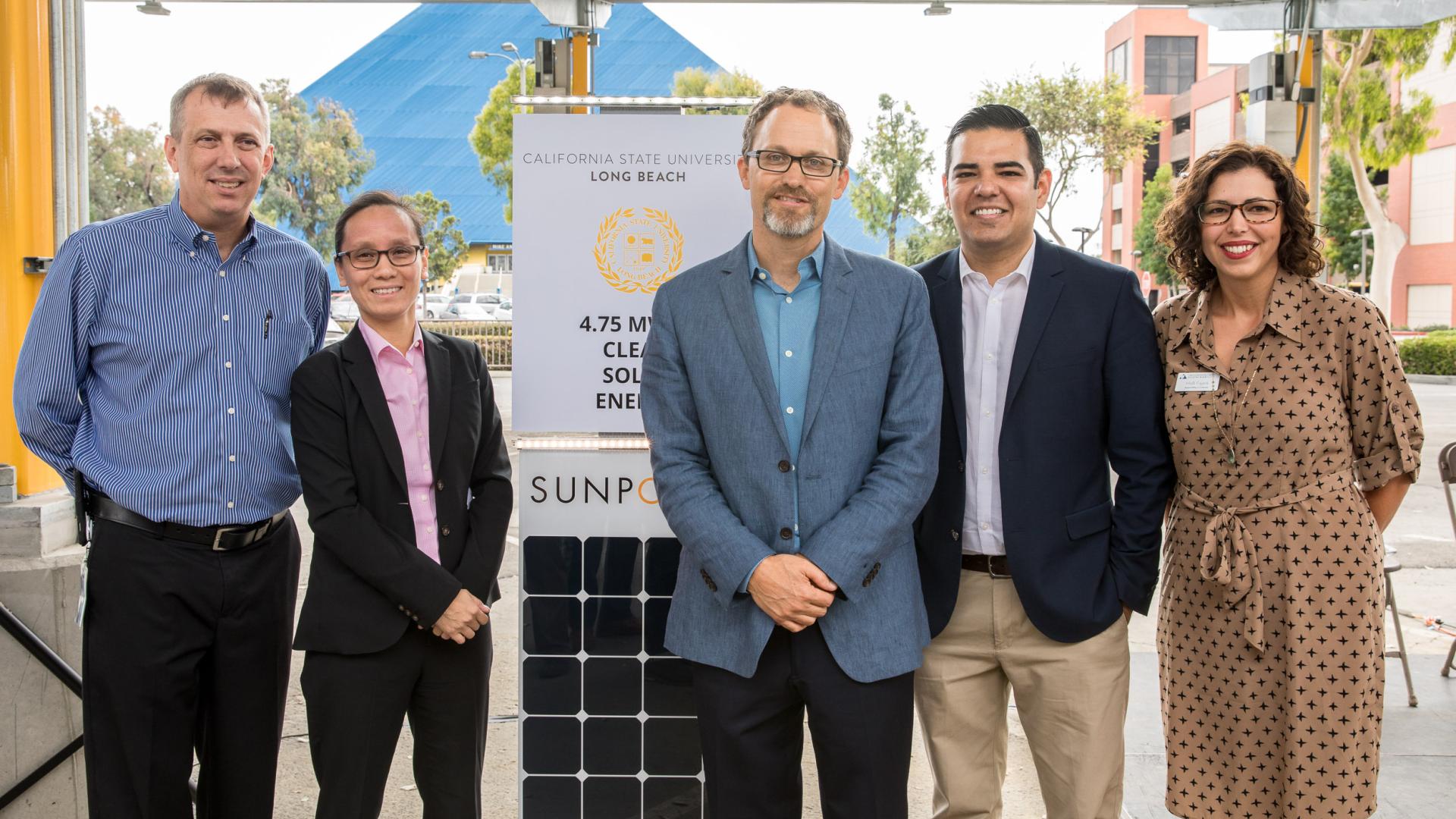 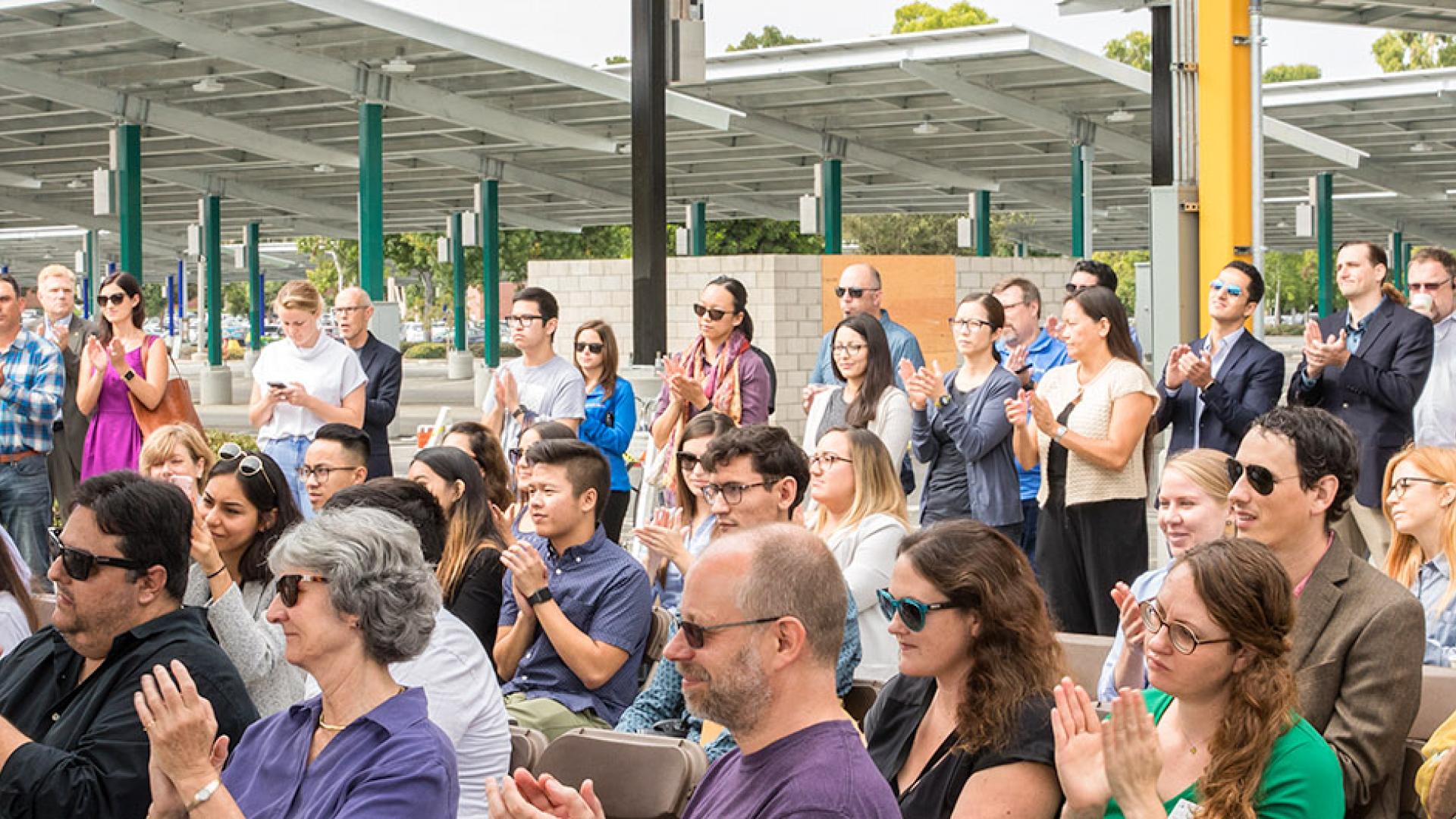