From College To The White House

For alumna Dominique Vera, the chance to travel to Washington D.C. to participate in First Lady Michelle Obama’s, Beating the Odds: Ladders of Opportunity Summit as an advocate for the Long Beach College Promise was a highly personal achievement. 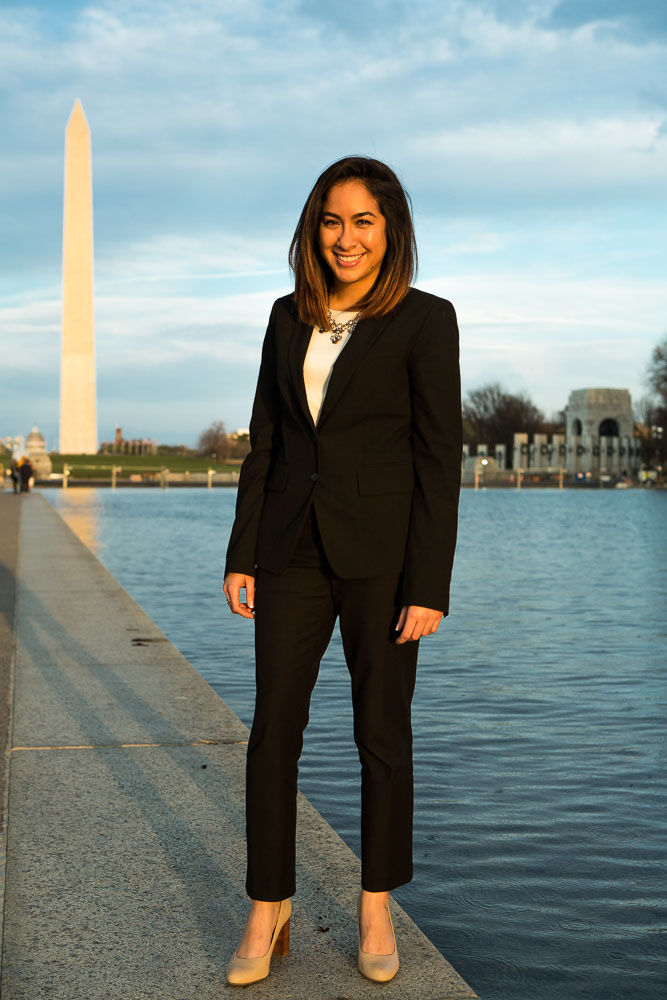 “The Long Beach College Promise saw me through many experiences – good and bad – over the course of my youth,” said Vera, who graduated in 2014 with a bachelor’s degree in business administration. It was the College Promise that gave her the support she needed to achieve her dreams of a college degree. So when she received an invitation from the first lady inviting her to testify before White House and Capitol Hill officials about how the Long Beach College Promise gave her an opportunity to “beat the odds,” she was thrilled.

As a child, Vera knew that a college education was her ticket to a better life. Her family had emigrated from Ecuador and, though they always encouraged her to pursue her dreams, life was not easy. She saw little of her mother who worked constantly to support her and her two sisters. Hearing gunshots fired in her neighborhood was also a common occurrence.

Her elementary, middle and high schools were within Long Beach Unified School District (LBUSD) and it was during these formative years that she was put on a pathway toward college. Her senior year at Polytechnic High School, Vera’s strong academic career landed her a spot at her dream college – the University of Massachusetts, Amherst. Unfortunately, the cost of attending Amherst proved too much for Dominique and she soon was boarding a plane back to Long Beach in deep despair.

Determined to get back on track, Dominique was given a second chance to succeed at Long Beach City College. Along with waived tuition, a counselor reminded her that the College Promise offered guaranteed admission to Cal State Long Beach for every qualified Long Beach student. She saw it as “a light at the end of the tunnel.” Soon after, she transferred to CSULB and earned her college degree in only four years.

“The guarantee of an affordable college education helped me to stay strong and persevere,” said Vera, who now hopes to give back to her community. “Although the theme of Ms. Obama’s summit was ‘beating the odds,’ I came to the conclusion that I should be changing the odds and challenging the odds so I can enable everyone.” 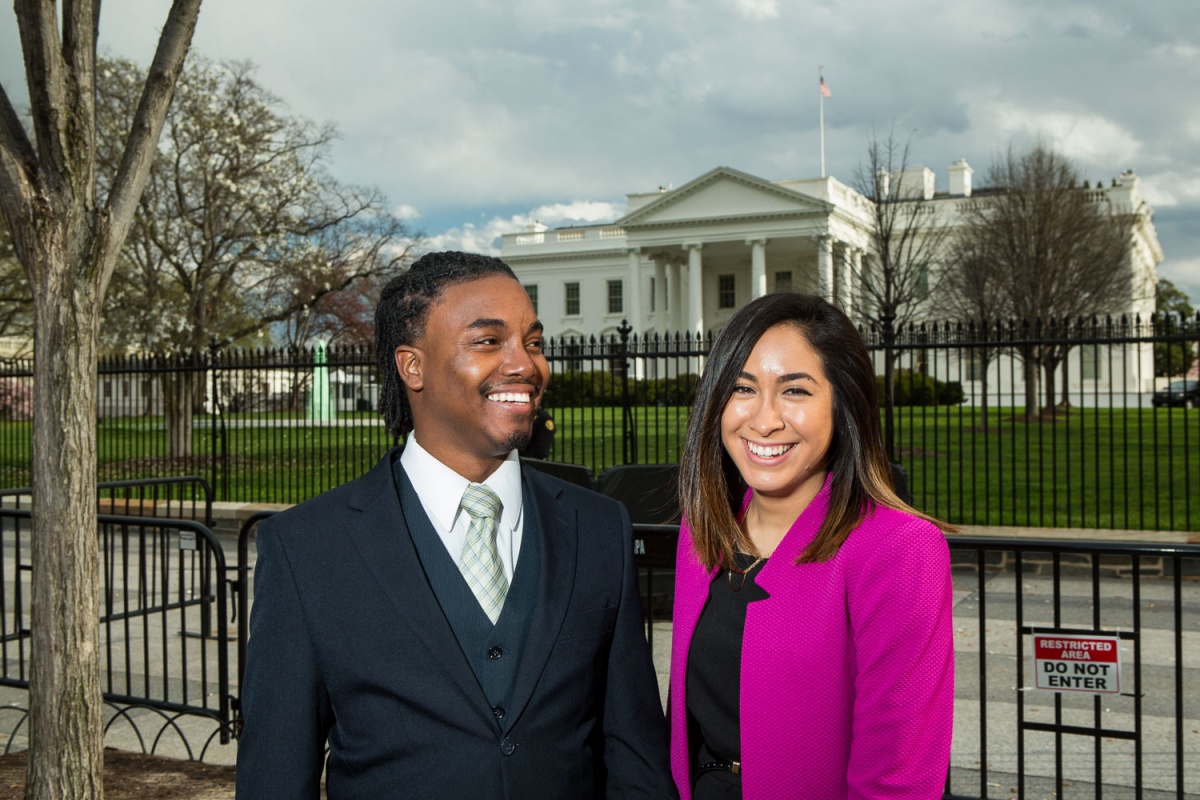 The March 15-17 trip was organized by the Long Beach College Promise’s newly created Office of Public Engagement headquartered at CSULB. Joining Vera on the trek to Washington D.C. was fellow College Promise alumnus Keyon Anderson, who graduated in 2012 with a bachelor’s in Social Work. Both Vera and Anderson were given a platform at the summit to tell their stories.

“This was a chance for our alums to share how the Long Beach College Promise transformed their lives, and we hope that we continue to inspire communities across the country to build similar partnerships that guarantee college access regardless of family income,” said Terri M. Carbaugh, who was tapped to lead a public engagement campaign for the Long Beach College Promise and serves as the university’s lead spokesperson and governmental relations representative.

In addition to partnering with Ms. Obama in developing successful strategies for helping youth climb ladders of opportunity, the Long Beach College Promise partnership has been hailed by President Obama as a national education model, and promise partners have been engaged in his efforts to make community college universal for all responsible students via his America’s College Promise campaign.

“My favorite part of the summit was being with other people who are actually trying to move the needle,” Anderson said. “I’m able to see how different my life is with my education. I can’t imagine what my life would be like without it.”