It started with a phone call. Just a phone call. Not a commitment or a pledge or a promise written in blood, but just a conversation. I could back out at any time.

As an avid follower of the news, I’ve been following the trajectory of our COVID-19 tragedy in the media since the beginning of this year. My anxiety has apparently followed the repeating parabolas of reported COVID-19 cases in California, vacillating between manageable and paralyzing. It’s been quite a ride. Among the news stories that filled my feed were those on the vaccine trials – which started the wheels turning about my own participation.

I first felt scared at the prospect of putting something new in my body. Was the testing rigorous? Would it even be effective? Would my foot fall off or would my DNA be permanently altered? But my antidote to fear is research. A decade spent in journalism instilled in me a love of science and trained me to educate myself when I didn’t fully understand something. 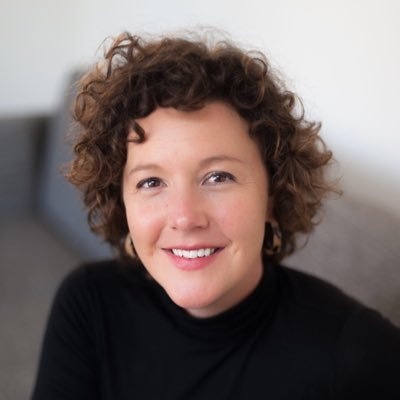 So, I started reading.

I discovered that the hurdles that normally clog up medical advances were being eliminated in the name of saving lives. I read that almost limitless resources were being poured into this arms race against a virus. Pfizer pledged more than a billion dollars toward vaccine development, not out of altruism, I’m sure, but good business sense. I followed the story of the small German operation BioNTech that read the tea leaves and started vaccine development early, and in March joined forces with the much larger Pfizer.

I read about the civic-minded people – normal working professionals, retirees and students among others – who volunteered for phase 1 of the vaccine where the dosage would be perfected. Phase 2/3 would prove that dosage’s efficacy.

The accelerated vaccine race was nothing short a marvel of modern science. I also learned that, appropriately, I would likely not be among the first waves of people vaccinated. The most exposed and vulnerable would receive their dosage first. And to accelerate the approval process and prove the inoculation’s effectiveness, some companies were recruiting volunteers.

I’m someone who takes my health very seriously. I’m vegetarian (OK, sometimes I eat fish), I compete in triathlons, swim during my lunch break, and get vegetables delivered to my front door through a community-supported agriculture service. With my immunocompromised mom in mind, I get my flu shot every year. I also don’t make big life changing decisions quickly.

But it didn’t take much mulling to decide to participate in the final stages of Pfizer/BioNTech’s vaccine trial. With the help of a caregiver, I care for my brain-injured father. I do his Costco runs, advocate for him with doctors, make sure his every need is taken care of, and spend time with him. It’s one of the pleasures of loving someone so deeply, returning the favor for years of attentiveness he showered on me.

I wanted to be sure that if I spent time with my dad, I wouldn’t inadvertently expose him to a virus that could kill him. And, selfishly, participating in a vaccine trial gave me a 50/50 chance of getting a vaccine early. The prospect of lingering COVID-19 “long hauler” symptoms and potentially losing my ability to run or bike hills felt devastating. I wanted to preserve my health, my father’s health, and contribute to science. I also recognized I was in a place of privilege to participate. I’m healthy, relatively young, Cal State Long Beach offers me generous sick time, if I had some bizarre complication. I have a tight community of kind friends to look in on me. I felt compelled to participate.

With slight trepidation I filled out the Pfizer/BioNTech online form for volunteers. The vaccine misinformation wave hadn’t yet crested, but I felt scared. This was new, unchartered territory and I wasn’t sure I wanted to be one of the early voyagers on this journey. But I figured by filling out the form I hadn’t promised to participate. I just raised my hand. Within days I got a call. Once I got a screener on the phone, I asked her all my questions. What were the most common side effects? Soreness and bruising at the site of injection. Have there been any major complications? No. Not one – out of tens of thousands of participants. My fears assuaged, my desire to contribute to science won out over my hesitancy.

Within days of that call, I took a day off work and spent it in a medical office with a remarkable cross section of society, filling out tens of pages of waivers and explainers. You had better believe I read every page carefully.

The first of the two vaccines was unremarkable. I was sure I’d gotten the placebo, which was fine. I was helping science. But with the second injection, I knew. Administered three weeks later, within hours I felt chills, waves of nausea, was repelled by food, and had a splitting headache. The principal investigator assured me this was normal. Friends checked in and offered to drop off food. But within hours, like a light switch, the symptoms disappeared. I felt fine.

Because it’s a double-blind study, I won’t know whether I received the vaccine until the trial ends. But being curious, I went to Ralph’s and for $25 took an antibody test confirming my suspicions. I tested positive for IgG, or the long lasting, antibodies. It didn’t mean I was in the clear, but the likelihood of me developing a severe case of COVID-19 effectively disappeared.

The second dose of the vaccine was unpleasant. I truly felt awful for a full 12 hours. But would I trade those hours of discomfort for a chance at a healthy life, deep breaths, long runs, a clear mind? Without question.

Lauren Williams, ‘08, is senior communications counsel in Strategic Communications at CSULB. Beach Voices is an occasional feature that allows members of the Beach community – students, faculty, staff and alumni – to share their personal experiences. If you’d like to be considered, send submissions labeled “Beach Voices” to StratComm@csulb.edu.